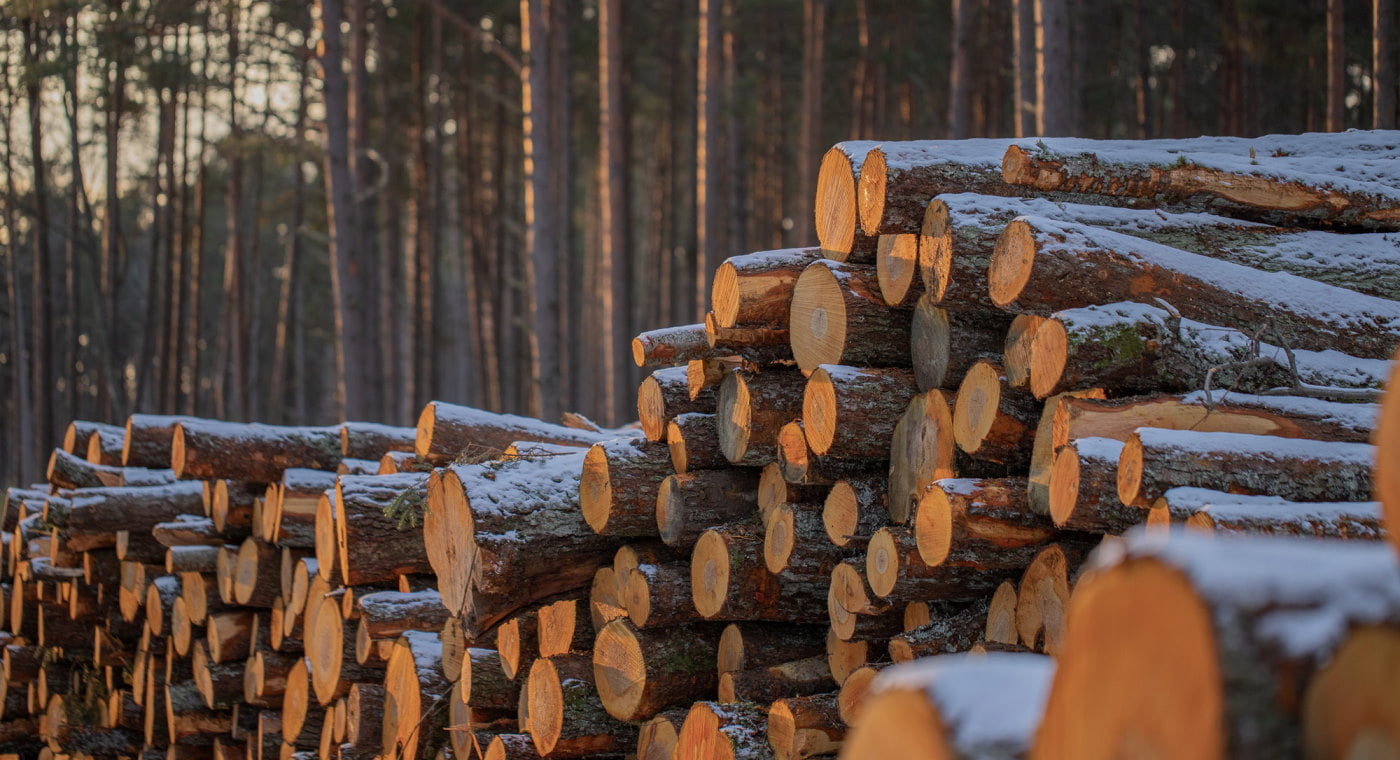 By Eko Diena in
The Baltics

Estonia has a pretty bad record when it comes to cutting down trees in what should be protected forest areas, and the Ministry of the Environment hasn't been doing a whole lot to stop the practice. That might be about to change though as the country is facing a potential fine of €100,00 per day from the EU.

A report in the Postimees newspaper last week looks into the governments continued allowance of logging in nature conversation areas, and they write that Marku Lamp, deputy secretary general of the Ministry of the Environment, and Aigar Kallas, chairman of the management board of Estonian state forest management company RMK, are pulling the wool over the eyes of the public.

On June 11, Lamp claimed that "No clear-cut logging is carried out in Natura habitats in protected areas on state land - neither in special management zones nor in limited management zones," in a statement made just two days after it became public that the European Commission has launched legal proceedings in over logging in Natura 2000 sites.

However, Postimees investigation showed that information in the state's own database proves the opposite.

A few days later, the Environmental Information Association sent an analysis to the ministry and the parliament of the real extent of clear-cutting - on the same day that Lamp made his statement, the state permitted the cutting of 636,229 cubic meters of wood on an area of 8,289 hectares in one year, which would bring the total allowable cut to over 20,000 truckloads. Of the said amount, 512,488 cubic meters would be cut on 6,562 hectares of Natura 2000 areas.

The logging taking place in Natura 2000 habitats is destroying protected core breeding and resting sites for rare and threatened species.

Contrary to Lamp's statement, the state permitted the harvesting of some 18,015 cubic meters of wood on close to 255 hectares in Natura forest habitats in state forest land and 76,448 cubic meters on 1,075 hectares of said sites in privately owned forests. The Environmental Information Association compared the current annual prescribed yield to maps of conservation areas. The European Commission's infringement proceedings concerned earlier logging. From 2001 to 2019, a total of 15,000 hectares of forests in the Natura 2000 network have been destroyed, according to the association.

The Ministry of the Environment admitted after some prevarication that both the analysis leading to infringement proceedings as well as the recent analysis are actually accurate.

"The activities of the Ministry of the Environment directly breach the EU's measures for restricting protected forests, particularly the requirements and principles of the EU Habitats Directive," Siim Kuresoo, a member of the board of the Estonian Fund for Nature said, adding that the organisations pleas to the ministry, asking them to suspend logging on Natura 2000 sites for the duration of the infringement proceedings fell on deaf ears.

"Additionally, the European Parliament on June 9 approved a resolution on EU's biodiversity strategy for 2030. It stipulated that it is crucial that the remaining European old-growth forests be put under protection as rapidly as possible and that temporary moratorium should be established on logging works to prevent the destruction of these forests before their are put under protection," he added.

Kuresoo said that the formal notice on infringement proceedings by the European Commission is an offer to eliminate the shortcomings out of court, not an invitation to launch discussions of the judicial area, which is how the Ministry of the Environment appears to be interpreting it. More specifically, Lamp claims that the European Commission is indicating that impact assessments of permitting forest management on Natura sites should be improved, he said.

Estonia is not alone in the practice of allowing logging where it really shouldn't.

"Poland, which opted for engaging in similar discussions, took a devastating loss in the European Court of Justice which demanded the payment of €100,000 for each day that the logging breaching the Habitats Directive continues," Kuresoo said. "It is surprising that a narrow circle of officials at the Ministry of the Environment has the authority to take such risks that entail possible damages to all of Estonia."

Social Democratic Party MP Jevgeni Ossinovski said: "The infringement proceedings are much more severe than the Ministry of the Environment has been admitting to the public. It includes a very thorough analysis of Estonia failing to adequately assess the impact of logging in protected areas to the integrity of habitats. The opinion of the Ministry of the Environment that all is fine with Natura habitats in Estonia will not convince the European Commission."

Ossinovski noted that he had to battle with the Ministry of the Environment for a month and a half to gain access to procedural documents, which the ministry attempted to classify even from the MP who has been authorized to access state secrets.

Kuresoo said: "Estonia is accused of consistently breaching the EU's Habitats Directive, particularly in relation to the clear-cutting of privately owned forests in limited management zones in Natura areas, and the Ministry of the Environment has been denying the inconsistency with the directive for years."

Ossinovski added that Lamp had essentially communicated the same position also to the European Commission.

"The ministry is not admitting any shortcomings. In truth, it is very difficult not to agree with the complaints by the European Commission, however," Ossinovski said after looking over the procedural documents.

The Ministry of the Environment has already taken action to delay the process and has requested a nearly 1.5-month extension to the deadline for responding to the Commission's formal notice.

The Polish Ministry of the Environment attempted the same strategy. Poland began the clear-cutting of one of Europe's last primeval forests, the Bialowieza Forest, under the guise of protecting trees from an infestation of spruce bark beetle in 2016 and did not stop the logging activities until in March this year when it became clear that there was no way around the fine imposed by the Court of Justice ordering the payment of €100,000 per day.