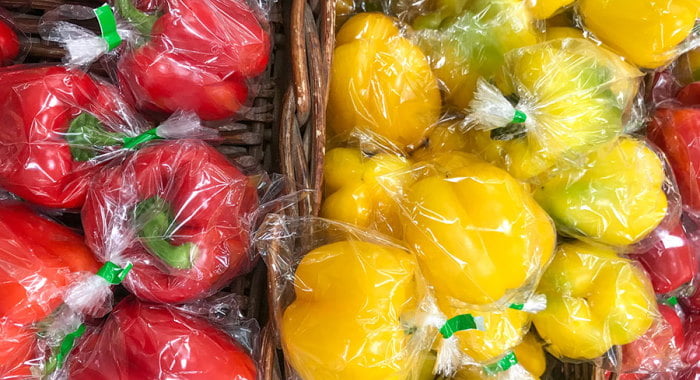 It's the start of a new year, and let's hope it's a good one for the climate and the environment. Governments across the world need to start enacting policy changes and laws to begin to live up to all of their climate promises.

The French are getting started early, with their first regulation of the year starting from midnight on New Year's Day.

It's a law banning plastic packaging for large numbers of fruits and vegetables and aims to put a stop to what the government described as an “aberration” of overwrapped carrots, apples and bananas, which the environment ministry says will help to reduce the “outrageous amount of single-use plastic in our daily lives”.

President Emmanuel Macron also seems to be pretty excited about the ban, calling it “a real revolution” and explaining how France was taking the lead globally with its law to gradually phase out all single-use plastics by 2040.

Supermarkets and other shops across the country are now banned from selling, among other fruit and veg, cucumbers wrapped in plastic, and peppers, courgettes, aubergines and leeks in plastic packaging. Bananas, pears, lemons, oranges and kiwis are also on the list, which in total includes 30 products that are banned from having any plastic wrapping.

There are a few exceptions at the moment though, packs over 1.5kg are exempt, as are chopped or processed fruit. There is also a grace period for producers to find suitable alternatives, for things like cherry tomatoes and soft fruits like blueberries. The aim is to gradually get rid of plastic packaging for all kinds of fruits and vegetables by 2026.

This might not sound like something world changing, but an estimated 37% of all fruit and vegetables sold in France in 2021 came wrapped in plastic. The government claims that the ban will cut more than a billion items of single-use plastic packaging a year, which is a lot of plastic.

Of course France is not the only country that has been wrapping a lot of things that come with their own natural packaging in unnecessary plastic, and both environmental campaigners and shoppers have been calling on other countries to take the same route with doing something about the situation.

Spain is taking the same action just a little slower, with plans to introduce a ban on plastic packaging of fruit and vegetables from 2023. Meanwhile, a recent poll in the UK, organised by Friends of The Earth, showed that almost three-quarters of shoppers have experienced “anxiety, frustration or hopelessness” at the amount of plastic that comes with their shopping.

Despite some groups complaining about the exceptions, the new law in France seems to be well received, with WWF France describing it as “a positive step in the right direction”, while reminding governments there was more work to be done to end plastics pollution, including on microplastics.

There is more to be done indeed, but every billion items of single-use plastic reduced is a pretty substantial thing.

The Ventspils Baltic Coal Terminal expects an increase in freight