Frankincense and myrrh, revered since ancient times, are under threat 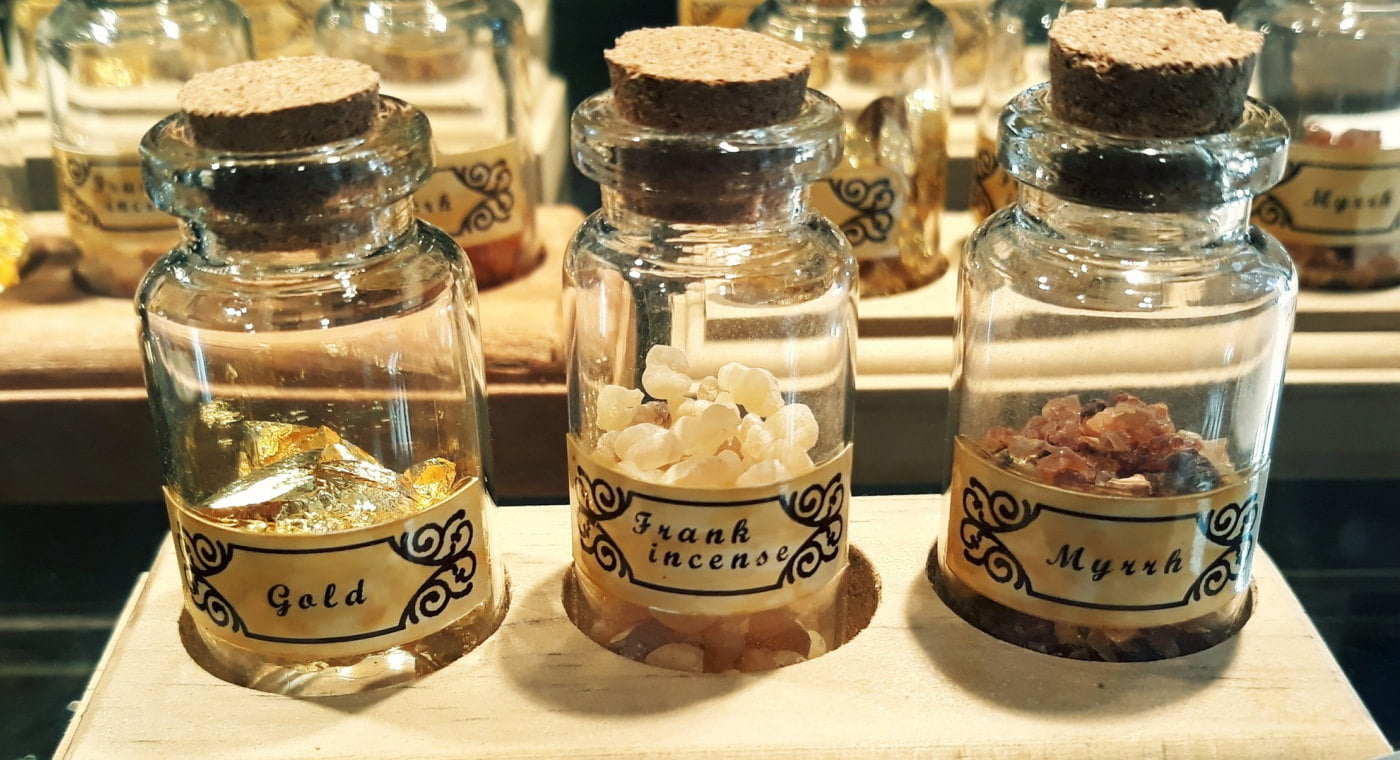 Photo by David Jackmanson | Flickr
By Eko Diena in
Nature

Christmas is the only time that a lot of people will ever hear or think about frankincense or myrrh, but they have been regarded as valuable since ancient times. Now the trees that provide them are in danger, and as usual humans are largely to blame.

Eoin Lettice, Lecturer in Plant Science at the University College Cork explains why.

Right now, Christmas nativity scenes across the world feature three kings – also known as the “wise men” or Magi – bringing gifts of gold, frankincense and myrrh to the newborn baby Jesus in Bethlehem. In the Bible, Matthew’s gospel tells us that the wise men “saw the child with his mother Mary, and they bowed down and worshipped him. Then they opened their treasures and presented him with gifts of gold, frankincense and myrrh.”

As a child, I remember thinking how gold seemed like an obvious choice, but that the other two gifts seemed a bit like last-minute purchases – the biblical equivalent of getting socks for Christmas. The mention of “treasures” in Matthew’s gospel is so important, however, because it gives us an indication of how all three of these items were viewed at the time.

Frankincense and myrrh had been in use for thousands of years before they turned up in Bethlehem. Frankincense has long been mixed with various spices to form incense, and myrrh was used by the ancient Egyptians as an embalming agent. Both have been promoted as cures for a variety of ailments, from digestive trouble to pain relief. At the time of Jesus, these gifts were worth the same as, if not more than, gold.

Both substances are produced from the resin of trees in the Burseraceae, or “incense”, family. A small incision is made in the trunk of the tree and the resin is slowly drained and allowed to dry. This resin is how the tree tries to seal up its open wound. Frankincense comes from Boswellia trees, while myrrh comes from Commiphora trees.

Although these products are most famously associated with western Asia, the Burseraceae family has relatives all over the world – from South America to Africa and Australasia. Native to desert regions, these trees are often of crucial economic importance to communities who can harvest resins during the dry season when other sources of income are scarce.

The frankincense-producing tree Boswellia sacra is native to Oman, Yemen and Somalia, where it is listed as “near threatened” on the IUCN (International Union for Conservation of Nature) red list. As the source of high-quality frankincense, it has been widely over-harvested, leading to greatly reduced population sizes.

A 2011 study of a closely related tree (and now the main commercial source of frankincense), Boswellia papyrifera in northern Ethiopia, suggested that fire and over-grazing were preventing saplings reaching maturity.

What’s more, adult mortality was also high due to damage from fire and pests. The study predicted a 90% decline in population size within 50 years if nothing was done. Another study has projected a 71% population decline within 25 years.

Intensive ecosystem management and sapling protection was recommended to prevent disaster. A number of these practices have been trialled, including reducing resin extraction from trees and protecting them from grazing animals, but haven’t yet been widely adopted.

Myrrh is collected in a similar way from a number of Commiphora tree species. Comiphora wightii, native to parts of Pakistan and India, is critically endangered due to over-harvesting of its resin for use in traditional medicine.

Commiphora myrrha, as the name suggests, is one of the species most associated with the production of myrrh. Although it hasn’t been assessed for its conservation status, it’s likely to face similar challenges to its distant relatives that give us frankincense.

Unfortunately, the story of the exploitation of frankincense and myrrh is a familiar one. Many wild populations of plants are in jeopardy, contributing to ongoing global biodiversity collapse.

A report on the state of the world’s plants and fungi, which I co-authored in 2020, found that two in five plants are now threatened with extinction. Apart from the intrinsic loss of value that this represents, these species’ disappearance would also mean a potentially enormous loss of plant-based food and medicine for humans.

Faith in the future

At least one writer has noted that, given their sacred significance, the continued unsustainable harvesting of these products poses a dilemma for many Christian churches. As consumers of the resins, they have a responsibility to promote sustainable practices in the resin industry.

Indeed, faith groups in general are important – and often overlooked – allies in protecting biodiversity. As Pope Francis wrote in 2015:

"Each year sees the disappearance of thousands of plant and animal species which we will never know, which our children will never see, because they have been lost for ever. The great majority become extinct for reasons related to human activity. Because of us, thousands of species will no longer give glory to God by their very existence, nor convey their message to us. We have no such right."

There are a number of examples, from Ethiopia to Japan, of faith groups working to protect biodiversity and restore nature by reforesting logged land and practising ethical farming.

Thanks to their social and spiritual importance, raising awareness about plants such as those that give us frankincense and myrrh can help engage people of many different faiths in the vital work of protecting the natural world.