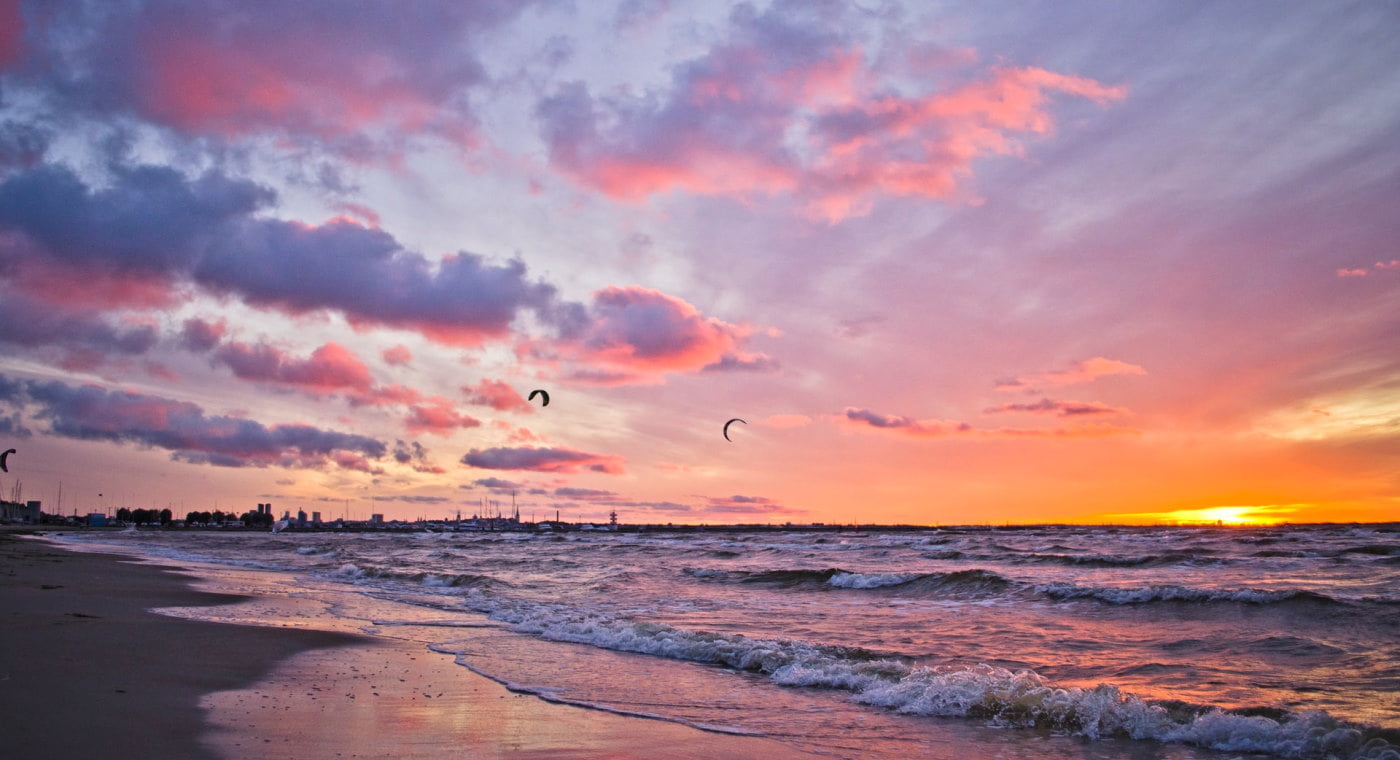 The Baltic is one of the most polluted seas in the world, with high levels of run off chemicals from agriculture, pharmaceuticals, and microplastics, among other issues. Summer regularly seas huge areas of the sea blanketed with cyanobacteria - a possibly toxic blue-green algae.

The biggest contributors to the high levels of chemicals like phosphorous in the Baltic are Poland, Sweden, and Russia, but of course it affects the coastlines of all of the Baltic States as well, an issue that is perfectly illustrated by warnings against bathing issued in Estonia.

Terviseamet, the public health board or Estonia has issued caution warnings to people bathing at three different beaches, after recording poor water quality levels. It's the fourth year in a row that the two beaches in Pärnu and one just outside Tallinn have had poor test results,

Under EU water quality rules, local and national authorities have the power to close beaches when these kind of water quality results are recorded, but Estonia has chosen to keep them open and not to ban swimming, but instead to issue warnings recommending that children and other at-risk groups don't go into the water.

Speaking to ERR, Aune Annus-Urmet from Terviseamet explained: "At the end of each bathing season, the quality of bathing water is assessed on the basis of the preceding four seasons," and that "in the case of the three beaches, two in Pärnu in southwestern Estonia, a major summer resort town, and one just outside Tallinn city center, the risk of exposure to pollution is high."

The health board advice is that children, anyone with a weak immune system, and anyone with an open wound, should avoid going into the water at Stroomi beach (Stroomirand, also known as "Stromka") in Tallinn, and the Vana-Pärnu and Raeküla beaches in Pärnu. They also advise that everyone swimming on these beaches should try to avoid swallowing the water.

According to the Estonian policy, these are only guidelines and not enforced rules, leaving people to make their own decisions. "All our major bodies of water are open to the public and we go everywhere at our own risk. We cannot just close down bathing places," said Aune Annus-Urmet, adding that "If constant pollution readings appear relating to, for instance, microbiological indicators or oil pollution, we can issue a ban, but even this cannot be checked, and the public is still responsible."

It might be personal choice, but during her conversation with ERR, Annus-Urmet also said that on the basis of the current water quality readings, she would not herself swim at Stroomi rand at the moment.