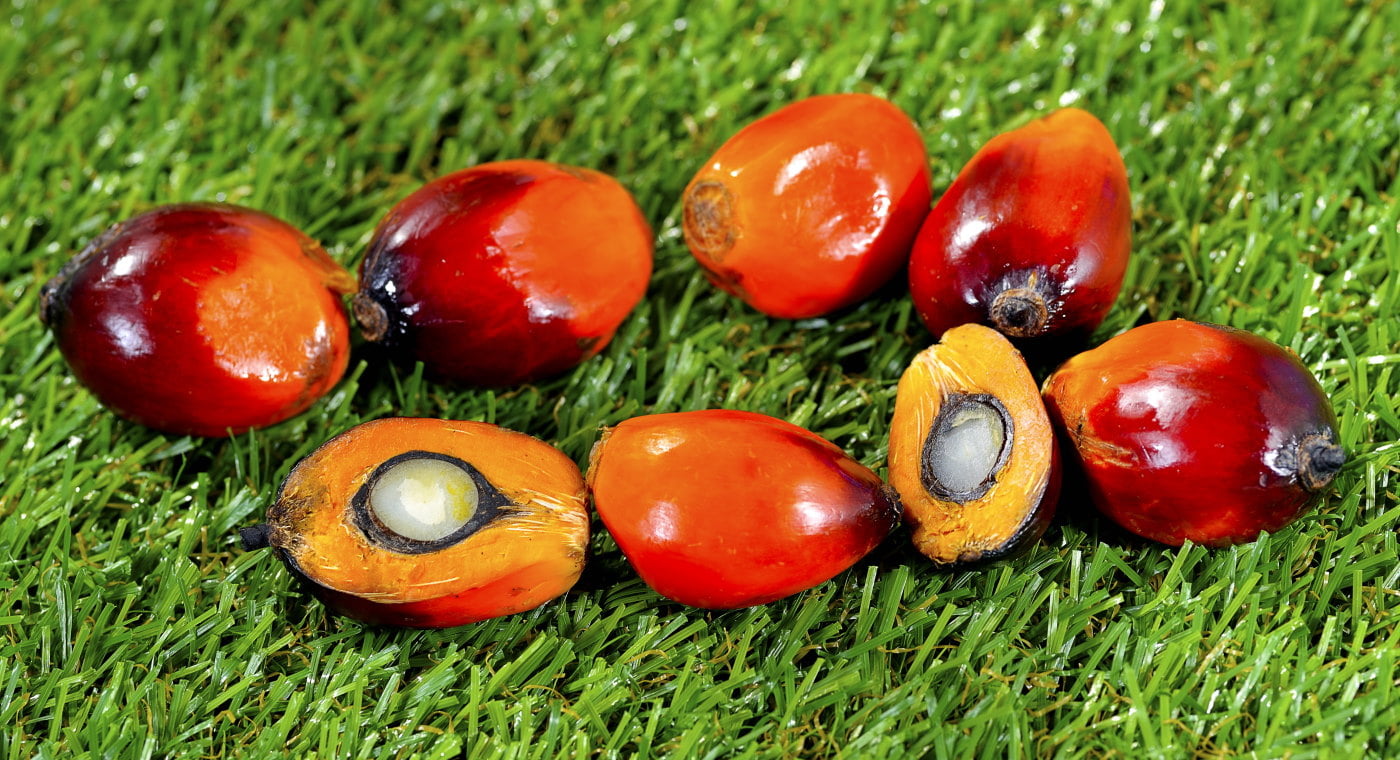 Just like the product itself, discussions and controversy about palm oil are everywhere. We recently published an article about how Belgium and other EU countries are banning biofuel made from palm oil, and that is just one of many anti palm oil actions taking place all over the world.

Jonathan E. Robins, is Associate Professor of Global History at Michigan Technological University and the author of a recent book on the history of palm oil. In this article he gives us some insight into the history of the world's most used fat.

Palm oil is everywhere today: in food, soap, lipstick, even newspaper ink. It’s been called the world’s most hated crop because of its association with deforestation in Southeast Asia. But despite boycott campaigns, the world uses more palm oil than any other vegetable oil – over 73 million tons in 2020.

That’s because palm oil is cheap. The plant that makes it, the African oil palm, can produce up to 10 times more oil per hectare than soybeans.

But as my new book on palm oil’s history shows, this controversial commodity hasn’t always been cheap. It became that way thanks to legacies of colonialism and exploitation that still shape today’s industry and that make it challenging to shift palm oil onto a more sustainable path.

From slavery to skin care

Palm oil has long been a staple food in a region stretching from Senegal to Angola along Africa’s western coast. It entered the global economy in the 1500s aboard ships engaged in the transatlantic slave trade.

During the deadly “middle passage” across the Atlantic, palm oil was a valued food that kept captives alive. As the author of a 1711 book noted, traders also smeared captives’ skin with palm oil to make them “look smooth, sleek, and young” before sending them to the auction block.

By the mid-1600s, Europeans were rubbing palm oil on their own skin, too. European writers, learning from African medicinal practices, claimed that palm oil “does the greatest cures upon such, as have bruises or strains on their bodies.” By the 1790s, British entrepreneurs were adding palm oil to soap for its reddish-orange color and violetlike scent.

After Britain abolished the slave trade in 1807, traders sought out legal products. In the following decades Britain slashed tariffs on palm oil and encouraged African states to focus on producing it. By 1840, palm oil was cheap enough to completely replace tallow or whale oil in such products as soap and candles.

As palm oil became increasingly common, it lost its reputation as a luxurious good. Exporters made it even cheaper with labor-saving methods that allowed palm fruit to ferment and soften, though the results were rancid. European buyers, in turn, applied new chemical processes to strip away foul odors and colors. The result was a bland substance that could be freely substituted for more expensive fats and oils.

By 1900, a new industry was gobbling up all kinds of oils: Margarine was invented in 1869 by the French chemist Hippolyte Mège-Mouriès as a cheap alternative to butter. It soon became a mainstay of working-class diets in Europe and North America.

Palm oil was first used to dye margarine yellow, but it turned out to be a perfect main ingredient because it stayed firm at room temperature and melted in the mouth, just like butter.

Margarine and soap magnates like Britain’s William Lever looked to Europe’s colonies in Africa for larger quantities of fresher, edible palm oil. However, African communities often refused to provide land for foreign companies because making oil by hand was still profitable for them. Colonial oil producers resorted to government coercion and outright violence to find labor.

They had more success in Southeast Asia, where they created a new oil palm plantation industry. Colonial rulers there gave plantation companies nearly unlimited access to land. The companies hired “coolies” – a derogatory European term for migrant workers from southern India, Indonesia and China, based on the Hindi word Kuli, an aboriginal tribal name, or the Tamil word kuli, for “wages.” These laborers toiled under coercive, low-paying contracts and discriminatory laws.

The oil palm itself also adapted to its new locale. While scattered palms grew to towering heights on African farms, in Asia they remained short in tight, orderly plantations that were easier to harvest efficiently. By 1940, plantations in Indonesia and Malaysia were exporting more palm oil than all of Africa.

Palm oil consumption grew as competitors dropped away: first whale oil in the 1960s, then fats like tallow and lard. In the 1970s and 1980s, health concerns about tropical oils such as coconut and palm undercut demand in Europe and North America. But developing countries snapped up palm oil for frying and baking.

Plantations expanded to meet the demand. They kept costs down by recruiting poorly paid and often undocumented migrant workers from Indonesia, the Philippines, Bangladesh, Myanmar and Nepal, reproducing some of the abusive practices of the colonial era.

In the 1990s, U.S. and EU regulators moved to ban unhealthy trans fat, a type of fat found in partially hydrogenated oils, from foods. Manufacturers turned to palm oil as a cheap and effective substitute. From 2000 through 2020, EU palm oil imports more than doubled, while U.S. imports shot up almost tenfold. Many consumers didn’t even notice the switch.

Because palm oil was so inexpensive, manufacturers found new uses for it, such as replacing petroleum-based chemicals in soaps and cosmetics. It also became a biodiesel feedstock in Asia, although research suggests that making biodiesel from palms grown on newly cleared land increases greenhouse gas emissions instead of reducing them.

The EU is phasing out palm oil biofuels because of concerns over deforestation. Undeterred, Indonesia is working to increase the palm component in its biodiesel, which it markets as “Green Diesel,” and to develop other palm-based biofuels.

Today there are enough oil palm plantations worldwide to cover an area larger than the state of Kansas, and the industry is still growing. It is concentrated in Asia, but plantations are spreading in Africa and Latin America. A 2019 investigation of one company in the Democratic Republic of Congo found dangerous conditions and abusive labor practices that echoed colonial-era palm oil projects.

However, the IUCN and many other advocates argue that shifting away from palm oil is not the answer. Since oil palm is so productive, they contend, switching to other oil crops could cause even more harm because it would require more land to cultivate substitutes.

There are more just and sustainable ways to make palm oil. Studies show that small-scale agroforestry techniques, like those historically practiced in Africa and among Afro-descendant communities in South America, offer cost-effective ways to produce palm oil while protecting the environment.

The question is whether enough consumers care. Over 20% of palm oil produced in 2020 received certification from the Roundtable for Sustainable Palm Oil, a nonprofit that includes oil palm producers and processors, consumer goods manufacturers, retailers, banks and advocacy groups. But barely half of it found buyers willing to pay a premium for sustainability. Until this changes, vulnerable communities and ecosystems will continue to bear the costs of cheap palm oil.