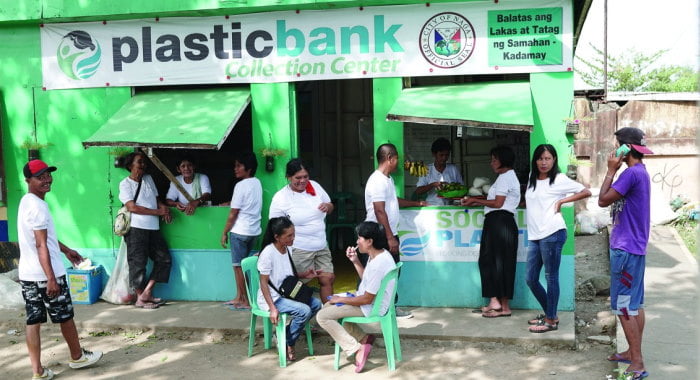 We publish a lot of stories with dire warnings about the state of the world, about possible extinctions, deforestation, pollution, and climate change.

Sometimes it is easy to forget that there are actually some big wins happening out there too. There are a huge number of projects and companies run by passionate people that are making a real difference around the world, and one of them is Plastic Bank.

Last month the NGO celebrated the milestone of stopping their one billionth ocean bound plastic bottle, and supporting impoverished communities around the world at the same time.

While other organisations, like Ocean Cleanup, focus on removing plastic from the seas and oceans, Plastic Bank take a different approach, aiming to stop ocean bound plastic waste before it ever gets there.

The big deal here is that Plastic Bank is doing much more than just collecting waste in these areas, they are also improving the local economy. Collection locations are created which are locally staffed, and people are rewarded for collecting plastic and bringing it to the Plastic Bank branch. These rewards can be monetary, but they can also be things like clean water, cooking oil, mobile phone service, or school tuition. While the market value of plastic might be low, the collectors are actually paid a Social Plastic premium which means they can generate a stable and liveable income by being part of the project.

Right now, they are working in Haiti, Brazil, Indonesia, the Philippines, and Egypt, and there are plans to expand into other countries including Cameroon and Thailand during the next year.

Once it’s been collected, the plastic is recycled and processed into a new material which they call Social Plastic, which can then be purchased by manufacturers worldwide and goes on to produce more environmentally and socially ethical packaging. Plastic Bank has formed partnerships with several big name companies, like SC Johnson, Henkel, and Coca-Cola who are both helping to support the collection and buying Social Plastic. This forms a complete circular economy loop of plastic sustainability.

As David Katz, Plastic Bank’s founder and CEO says “Plastic waste entering our oceans is one of our greatest global challenges. At a time when the world is calling for greater responsibility, this significant milestone is evidence of our ability to make deliberate environmental, social and economic impact. The collection of one billion ocean-bound plastic bottles confirms we can reduce plastic waste while driving social progress through a circular economy.”

So, last month Plastic Bank hit that huge milestone of collecting 1 billion bottles, which is more than 20 million kg of plastic. With the planned expansion into new countries they show no sign of slowing down, which is good because we are still generating plastic waste faster than anyone really knows how to deal with it.