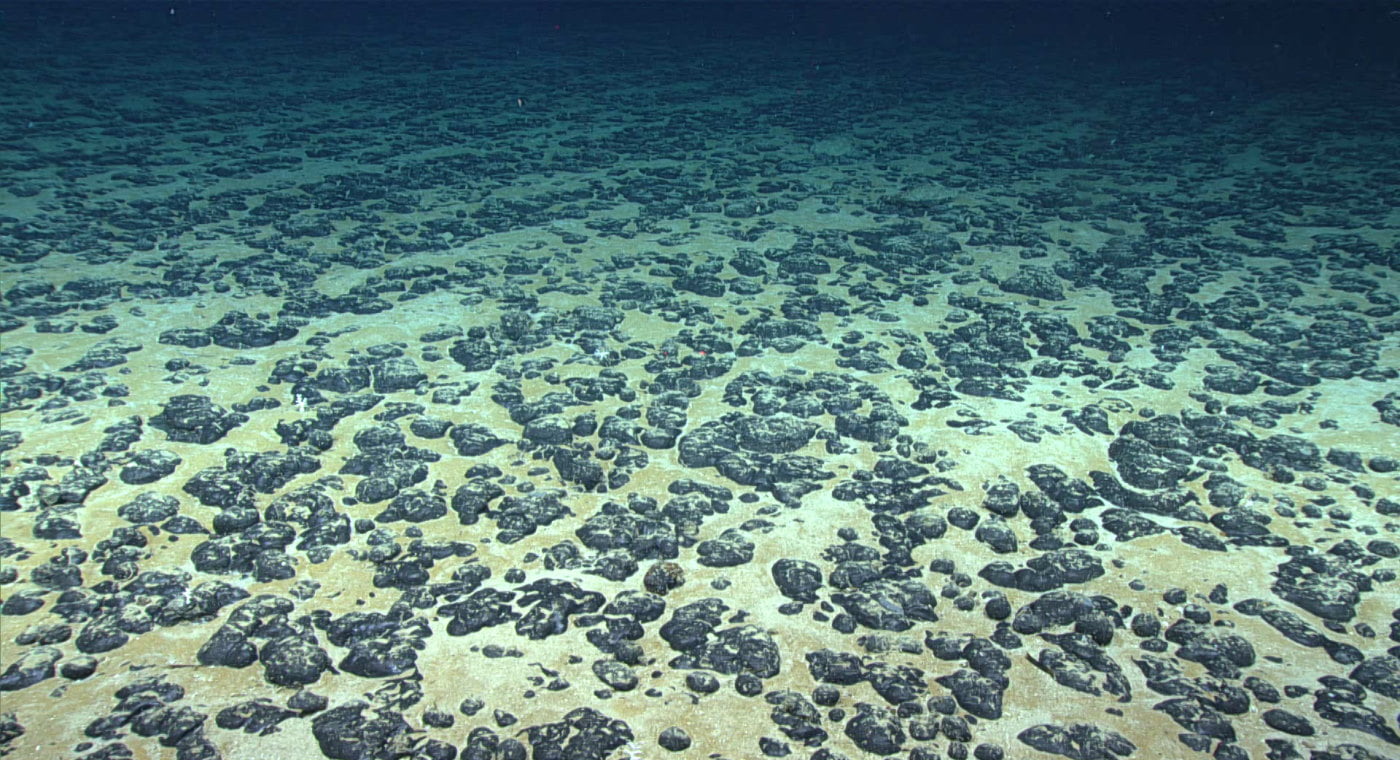 Photo from NOAA
By Eko Diena in
Science / Tech

As we transition faster and faster from fossil-fuelled cars to electric transport, we are going to need a lot more batteries, and a lot more of the minerals that they are made from.

One option that many mining companies are looking to explore is the idea of extracting them from the seabed. This article republished from Mongabay explains why this is a potentially huge environmental risk.

Conservationists are calling on electric car and technology companies to disassociate from deep-sea mining, an emerging industry that promises to procure the minerals necessary for battery storage applications, but that could cause irrevocable damage to delicate ecosystems.

Farah Obaidullah, a campaigner at the Dutch NGO Deep Sea Conservation Coalition (DSCC), says this call coincides with the recent news of the Pacific island nation of Nauru stating its intention to start mining in two years’ time. This is despite the fact that the International Seabed Authority (ISA), the U.N.-mandated body overseeing deep-sea mining in international waters, has not yet agreed upon overarching rules and regulations.

“It’s an extractive industry that we just should not be embarking on,” Obaidullah told Mongabay in an interview. “We know that it is going to cause irreversible damage. And with the climate crisis and with the global pandemic happening right now, this is not a time to be embarking on a new disruptive industry.”

The electric vehicle industry is rapidly growing. While EVs only accounted for about 3% of global car sales in 2020, it’s estimated that this number could grow by 30 times in the next 10 years. By 2030, there could be 245 million EVs on the road — and experts expect the industry will continue to expand as nations work to lower emissions in line with the Paris Agreement.

The rapid expansion of the EV industry has raised questions and concerns about where manufacturers will get all the resources required to produce the batteries for these cars. While there are many different types of electric car batteries, many use a combination of lithium, manganese, nickel and cobalt. Except for manganese, all of these minerals can be difficult to procure from terrestrial sources. That said, it is possible to acquire all of these minerals on land, conservationists say.

Companies like Canada-based DeepGreen, which recently announced a merger with Sustainable Opportunities Acquisition Corporation (SOAC) to form The Metals Company, argue that deep-sea mining offers a ready solution. On the bottom of the ocean, miners plan to extract polymetallic nodules, potato-sized rock accretions that hold stores of manganese, nickel, cobalt and copper. On its website, The Metals Company says that deep mining would provide the “cleanest path towards electric vehicles” through the minimization of biodiversity loss, toxicity, waste and even carbon dioxide emissions. (The Metals Company did not respond to Mongabay’s request for an interview.)

But conservationists disagree. They say that deep-sea mining poses a considerable risk to deep-sea ecosystems that help regulate the climate, maintain global fisheries and contribute to elemental cycling. Mining would also damage these ecosystems to a point where they could never recover, they say. A group of more than 550 marine science and policy experts from more than 44 countries, including leading ocean scientists Sylvia Earle and Callum Roberts, signed a statement calling for an immediate halt to deep-sea mining until sufficient scientific evidence can be gathered on its potential impacts.

“We cannot regulate or audit what happens in the deep ocean,” Obaidullah said. “The destruction caused is irreversible on human timescales. These nodules take millions of years to form and they provide essential habitat for life in the deep ocean.”

Opponents of deep-sea mining also say there are plenty of solutions on land, including the development of alternative car batteries that do not depend on scarce minerals; improvements in terrestrial mining; and metal recycling programs.

Car companies like BMW and Volvo have already publicly said they support a cessation of the deep-sea mining industry, and carmaker BYD announced it would not be making electric cars with batteries reliant on cobalt and nickel.

“For us the solution lies in investing in alternatives to the metals, which is also becoming increasingly well researched and looked into by various companies,” Obaidullah said. “It’s important to realize that sea mining is not going to replace land-based mining, which is something that the pro-mining speculative miners are insisting on, and that’s not true.”

Saleem Ali, a distinguished professor of energy and the environment at the University of Delaware, suggests the issue of deep-sea mining is not so black-and-white. While deep-sea mining poses uncertain environmental risks, he says there are “far fewer social impacts.”

“As a systems scientist, my approach is simply to suggest that we need to have a big picture view of comparative impacts and benefits rather than just focusing on one ecosystem impact which is what the activist groups along with the marine scientists [are doing],” he told Mongabay in an email. “If we are to be true to sustainability metrics for the planet we have to zoom out and see what works best from a planetary systems ecology perspective and the urgency to develop climate mitigation infrastructure.”