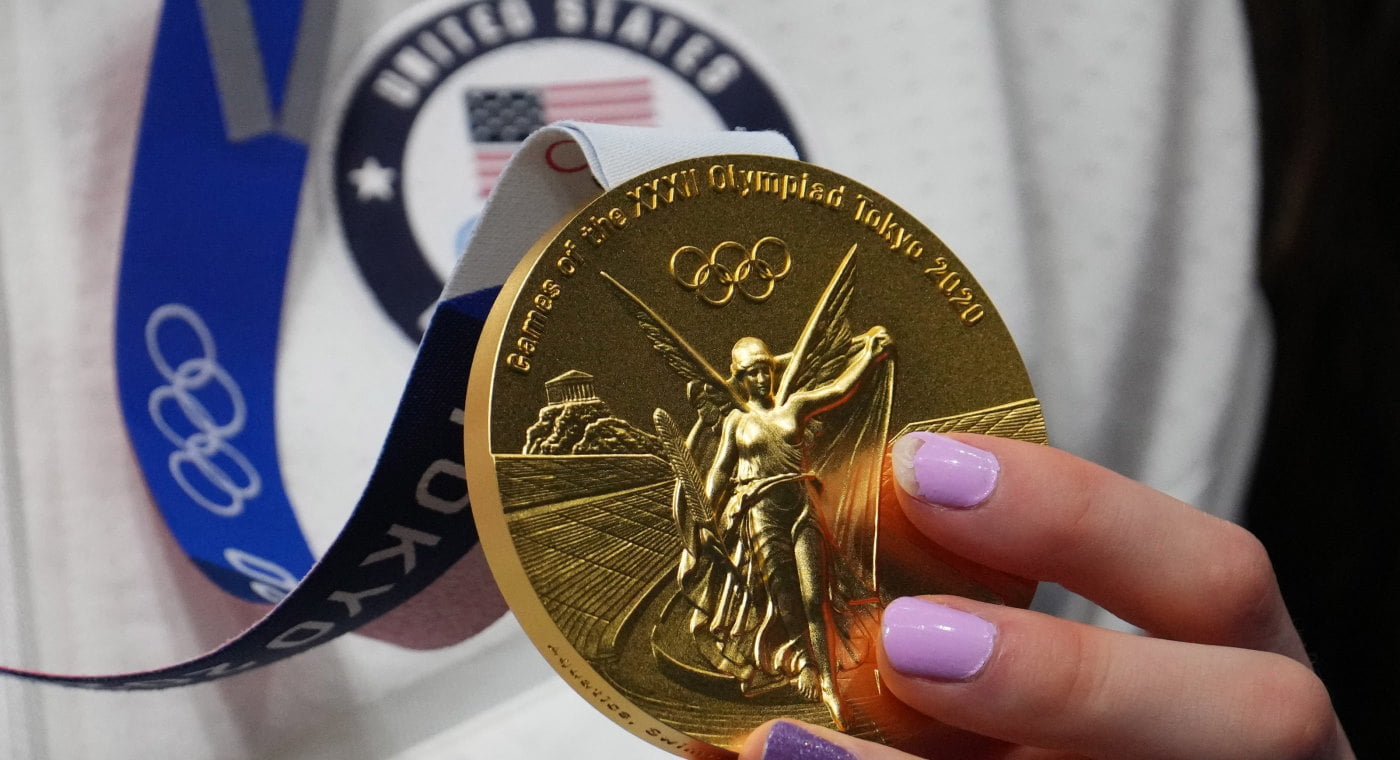 Sometimes you miss stories until the moment has almost passed. We are two thirds of the way through the Tokyo Olympics, many of the the 5000 or so medals have already been handed out, and we have only just realised that those medals are a bit special this time around.

That's because the piece of metal that is ceremoniously hung around the neck of every athlete who takes the podium is a product of the Tokyo Medal Project, a program that has recycled old electronic devices, like laptops and smartphones to collect the precious medals and produce the medals for the games.

Speaking to German news channel DW, Hitomi Kamizawa, the spokesperson for Tokyo 2020, explained how the project offered an opportunity for all of the people of Japan to be a part of the games.

"The campaign called on the public to donate obsolete electronic devices for the project," Kamizawa said. "We are grateful for everyone's cooperation."

The project capitalized on the fact that billions worth of precious metals such as gold and silver, which are used in electronic devices, get discarded each year globally as people keep in random drawers, throw away or destroy unwanted and outdated electronic devices, instead of sending them to be properly recycled.

About 90% of cities, towns, and villages across Japan participated in the two year long national program to collect enough recycled precious metals to produce all of the needed medals. Hundreds of thousands of people took part by visiting local donation sites and handing in their unwanted gadgets.

This might seem like a pretty simple project, and something we should all be doing as a standard anyway, but this kind of recycling effort is actually a huge undertaking, involving national government as well as thousands of local administrations, companies, schools, and communities.

Toshio Kamakura, director of Renet Japan Group, who were one of the primary companies involved, explained that when the project was launched in April 2017, there were only around 600 municipalities on board. By the end of the project in March 2019, that figure had risen to more than 1,600. There was a major public relations campaign, and collection points were set up to make it easier for the people to contribute.

Collecting the used devices was just the first step. Following a process of dismantling, extracting and refining by contractors, the recycled material was then molded into Junichi Kawnishi's design concept — a design that beat out 400 other entries in a competition held by Tokyo 2020.

On a bigger scale

While the Japanese will be the first to have all of the Olympic medals made out of recycled material, the concept is not new. In the Rio 2016 Olympic Games, 30% of the sterling silver to make the gold and silver medals were obtained from recycled materials such as car parts and mirror surfaces.

Looking ahead to the Paris Games in 2024, where social change and enhancing the environment are among the main themes, there are reasons to hope that the Tokyo 2020 Medal Project will set a precedent.

When it comes to the environmental aspect Kamakura thinks it is necessary to continue in order to build a more sustainable material society.

A record 53.6 million tons (Mt), or 7.3 kilograms per person of electronic waste — equivalent to 350 cruise ships the size of the Queen Mary 2 — was produced globally in 2019, making it the world's fastest-growing domestic waste stream, according to the United Nations. E-waste has surged by more than a fifth in the past five years amid growing demand for electronic gadgets, mostly with short life cycles and few options for repair.

The sad reality is that less than a fifth of the scrap ends up being properly collected and recycled, posing serious environmental and health risks.