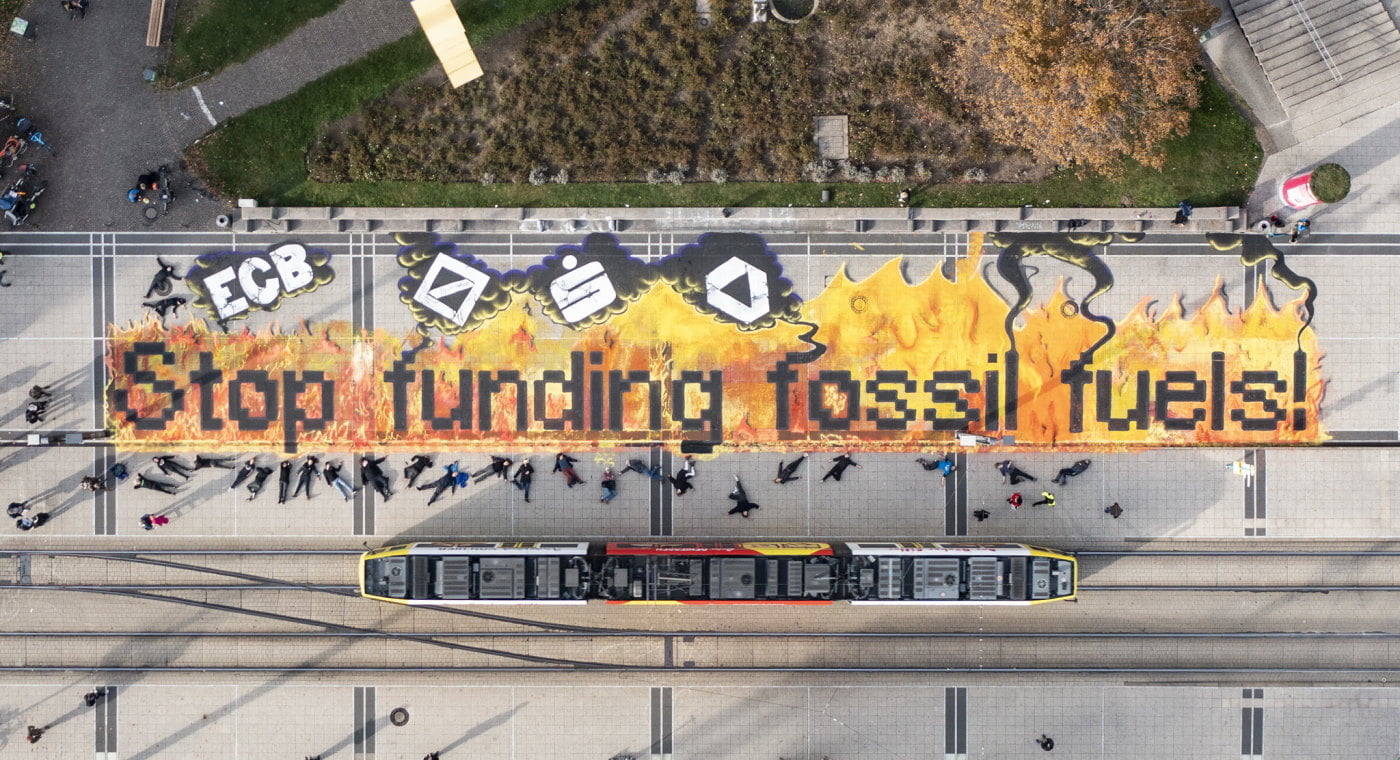 Photo by 350 .org on Flickr
By Eko Diena in
Wider World

With the end of the year rapidly approaching, it's about the time where everyone starts publishing lists of the good and bad things that happened during the last year. When it comes to combatting climate change and human environmental destruction then the list of 'not much changed' is probably much bigger than the list of successes.

But there are good things happening out there, and some of them are pretty big. 350.org, the international movement working to end the age of fossil fuels, has just published their list of successes over the last year. They aren't things that you won't immediately notice walking down the street or hear too much about in the media, but they are all the kind of things that have to happen for the change to a renewable energy world to become a stable reality.

They are reasons to have hope, and victories that show what’s possible when organisations of individuals take responsibility and action together.

1. One of the world’s biggest pension funds divested from fossil fuels

In October, ABP – Europe’s largest pension fund – announced it would completely divest from dirty energies, selling its 15 billion euros worth of holdings in fossil fuels! This was the result of years of tireless campaigning by Fossielvrij Netherlands, their partners, civil servants, teachers, garbage collectors, retired people, pension members and more.

2. They stopped France from funding Total’s climate-wrecking gas project in the Arctic

When it became known that France was planning on supporting Total’s gas project in the Arctic, it caused a public outcry. Over 250,000 people signed the petition by 350, SumOfUs and Friends of the Earth calling on the government to immediately withdraw its support. And collective resistance caused the government to back down – a huge win for the movement.

Now, pressure is mounting against Total after a report revealed they knew about the impact of their destructive activities on people and the planet since the early 1970s, but chose to ignore the science and launched disinformation campaigns to delay climate action.

As a movement we’re determined to take them down and cut off all their funding – join the fight to make Total pay for their criminal behaviour!

3. Shell was taken to court – and lost BIG

People and the planet don’t matter to companies like Shell, they only care about their own profits. So Fossielvrij Netherlands, Friends of the Earth and other claimants took them to Court to force them to stop their climate-wrecking activities. And guess what? They won!

In May, the Court ruled that the Dutch company will have to cut down its emissions by 45%. If taken seriously, this would mean Shell will have to stop developing new fossil projects.

Now Shell is planning to relocate its headquarters to the UK – but they can’t run away from the climate movement. We know people aren’t going to let them off the hook, and 350's UK team is standing by, ready to keep up the pressure. Shell should expect a warm welcome.

4. The European Central Bank were pushed to make the climate crisis their priority

After over a year of mobilisation where hundreds of thousands of us signed petitions, sent letters, tweeted, painted banners and took to the streets to protest, the European Central Bank published a new strategy that took the first steps towards cutting off finance to fossil fuel corporations.

This was ground-breaking. For the first time ever, it drew clear plans to address climate risks and end its support to the fossil fuel industry.

We know this is just the beginning and there’s so much more the Bank needs to do to meet the urgency of the climate crisis. But this sends  a clear signal to banks around the world that the era of fossil finance is coming to an end.

When Germany tried to dodge meaningful climate action with a weak law, people across the country, along with groups like Fridays for Future, refused to allow it and took the government to Court to force them to act. And they WON:

The Court ruled the law unconstitutional as it failed to take appropriate measures and placed too much burden on future generations to address the crisis. This sends a strong message to Germany and all countries: delay is not an option, now is the time for action!

6. France was pressured to commit to end all public funding for oil, gas and coal abroad

Here’s a good thing that came out of the recent UN climate talks (but wasn’t widely reported in mainstream media!): nearly 39 countries and institutions committed to ending all public finance for oil, coal and gas projects internationally.

Initially France dragged its feet on joining. So we called on the French President to join and took immediate action on social media.

By publicly pointing out how the country was lagging behind, people had genuinely embarrassed a government which tried to pose as a leader on the issue. After only a few days, France was forced to join the commitment.

7. The new Cambo oil field in the UK is looking increasingly unlikely to go ahead

The UK government knows full well that we can’t allow any new oil and gas extraction for global heating to stay below 1.5C, and for our collective survival. Yet it has given its support to the development of a new oil field project in the North Sea.

People’s resistance has been the only thing standing in the way of this project and keeping it from being approved. And in the last few weeks, the climate movement has not only pushed the Scottish Prime Minister to oppose the Cambo oil field thanks to incredible campaigning by Stop Cambo and Green New Deal Rising, but has also forced Shell to pull out of the project.

This withdrawal is a real blow for the project, as Shell had nearly a third of the stake in it and this funding will be extremely difficult to replace. It’s been a long and tedious battle, but thanks to people power, we’ve never been closer to stopping Cambo once and for all.

Whether they are going after banks so they stop investing in fossil fuels, pushing pension funds to divest, blocking new fossil projects, pressuring governments to do better on the climate or taking climate criminals to Court, 350 and similar organisations are doing whatever it takes to fight the climate crisis. That’s what the climate movement is all about.

Things may seem hopeless sometimes, but we keep winning. And the more of us there are, the stronger we become against the fossil fuel industry and its funders. So join us: sign petitions, send letters, join a local group, take to the streets – let’s keep fighting and together, we will put an end to the era of fossil fuels.

The Ventspils Baltic Coal Terminal expects an increase in freight