As Eunice hits, should Europe get used to more big storms? 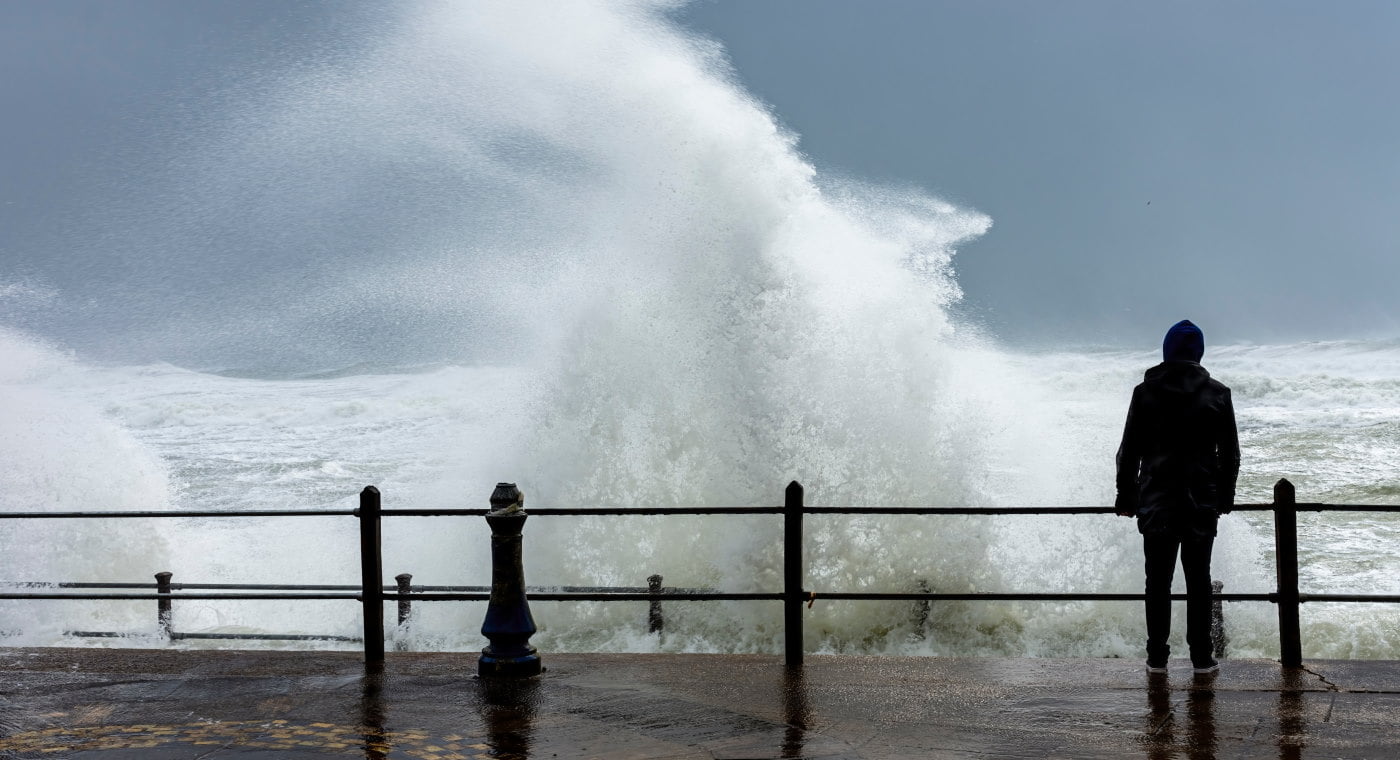 We aren't used to many deadly storms in Europe, they are something that we mostly think of as happening to tropical island nations, certain bits of Asia, or the United States. That's the historic reality but could it all be about to change?

In the last couple of days Storm Eunice Eunice hit Ireland and the UK harder than any storm for 30 years, bringing with it winds that were recorded as gusting at up to 200 km/h. before ripping a path across Europe leaving.

Fifteen fatalities were recorded across the continent, in Ireland, the UK, Belgium, the Netherlands, Germany and Poland. Most were from falling trees, a few on the roads, and one man hit on the head by a flying solar panel.

While those numbers might be small compared to weather related disasters in other parts of the world, the amount of people actually affected by the storm was much higher. Millions of homes and businesses were without power, and there was major disruption to air, road, and rail transport, as well as to shipping through the English Channel which is he worlds busiest shipping lane.

Then there is the damage to buildings and infrastructure. Some of the more noticeable damage were the roof being torn off of a football stadium in the Hague, while in London parts of the roof of O2 arena were ripped to shreds.

There are few places in the world that don't get hit by the occasional storm, but the reality is that in Europe they are becoming more frequent and more violent. The UK for example was hit by Arwen last November with 160km/h winds leaving three people dead, and less than a week ago Strom Dudley came to visit battering the east of England. Now Eunice, the strongest since the "Great Storm' of 1987 has come to join in.

The 1987 storm, just as Eunice is predicted to, contained something called a 'sting jet', which is a narrow airstream that forms inside the main storm and produces intense winds over a relatively small area.

These sting jets, which were first discovered in 2003, and likely occurred during the Great Storm and Storm Arwen, can last anywhere between one and 12 hours. They are difficult to forecast and relatively rare, but make storms more dangerous.

Sting jets occur in a certain type of extratropical cyclone – a rotating wind system that forms outside of the tropics. These airstreams form around 5km above the Earth’s surface then descend on the southwest side of a cyclone, close to its centre, accelerating as they do and bringing fast-moving air from high in the atmosphere with them. When they form, they can produce much higher wind speeds on the ground than might otherwise be forecast by studying pressure gradients in the storm’s core alone.

Meteorologists are still working to understand sting jets, but they are likely to have a significant influence on the UK’s weather in a warming climate.

So, are stormier winters ahead?

Back iIn 1987, the models used for weather forecasts were incapable of representing sting jets, but improvements mean that forecasters predicted Storm Eunice before it had even begun to form in the Atlantic.

Meteorological science has moved on in the past decade, and a team at Newcastle University has worked closely with the UK Met Office to develop new high-resolution climate models that can simulate sting jets, as well as hail and lightning, to illuminate how extreme weather events might change in a warming climate.

We already know that, as the world warms, rainstorms and downpours are intensifying. The simple reason is that warmer air can hold more moisture. The UK saw the wettest day on record in 2020, already estimated to be 2.5 times more likely because of greenhouse gas emissions.

The research from Newcastle University predicts bigger increases in winter rainfall than standard global climate models due to a large increase in rainfall from thunderstorms during winter.

The team are less certain about how the pattern of extreme wind storms, like Eunice, will change, as the relevant processes are much more complicated. The UK and Europe's recent cluster of winter wind storms is related to a particularly strong polar vortex creating low pressure in the Arctic, and a faster jet stream – a core of very strong wind high in the atmosphere that can extend across the Atlantic – bringing stormier and very wet weather along with it.

A stronger jet stream makes storms more powerful and its orientation roughly determines the track of the storm and where it affects. Some aspects of climate change strengthen the jet stream, leading to more major wind storms. Other aspects, like the higher rate of warming over the poles compared with the equator, may weaken it and the westerly flow of wind towards Europe.

The high-resolution models predict more intense wind storms over the UK as climate change accelerates, with much of this increase coming from storms that develop sting jets.

Projections from global climate models are uncertain and suggest only small increases in the number of extreme cyclones. But these models fail to represent sting jets and poorly simulate the processes that cause storms to build. As a result, these models probably underestimate future changes in storm intensity.

The predictions all seem to be that the weather coming over the next months, years, and decades is going to be increasingly severe and extreme, so the question starts to be not how we can avoid it, but if we are doing enough to prepare for it.

Humanity has a choice in how much warmer the world gets based on the rate at which we reduce greenhouse gas emissions. While more research will confirm if more extreme wind storms will hit the UK in the future, we are certain that winter storms will produce stronger downpours and more rain and flooding when they do occur.