Cities that connect society with nature are the new priority 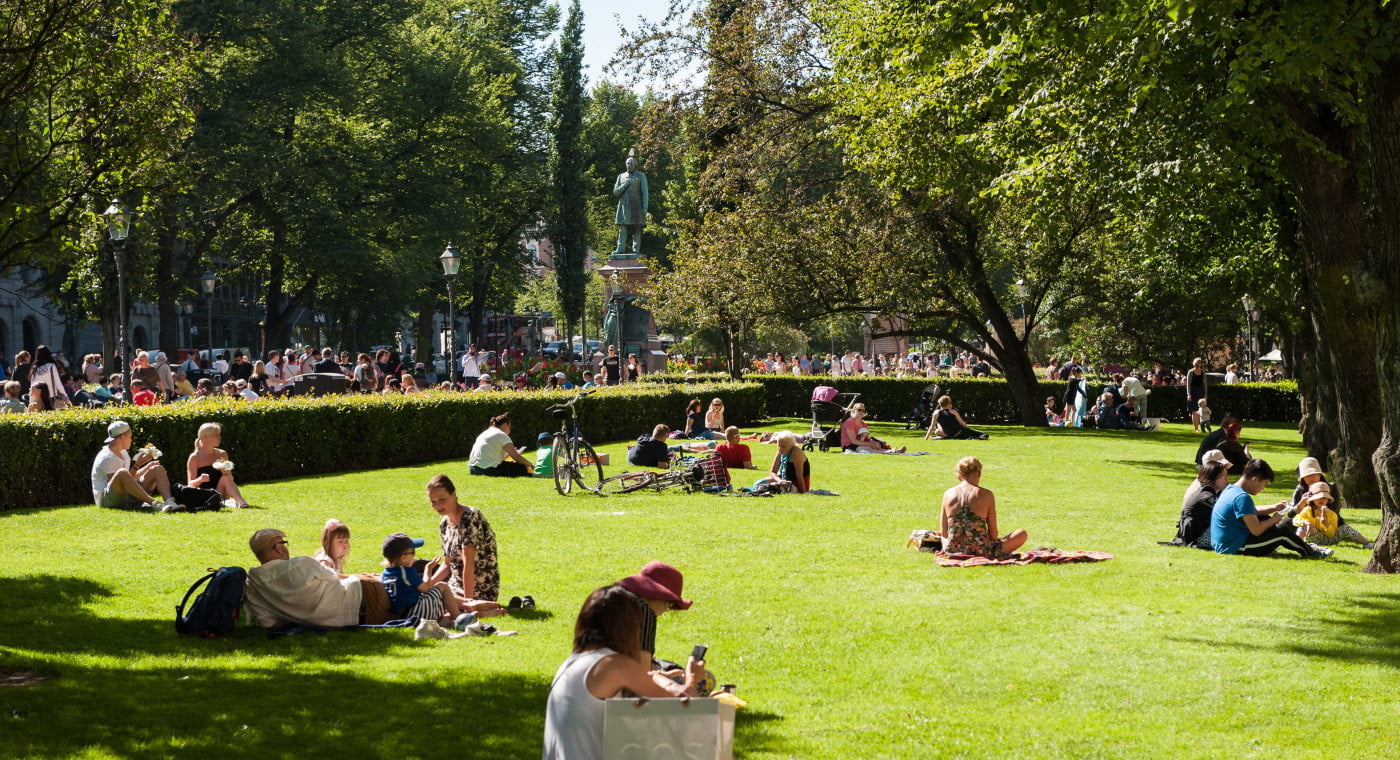 Speakers at a panel at the two-day Research and Innovation Days event presented proposals for new urban design projects that emphasise wellbeing, mental health and strengthening social ties across generations in the recovery period following the Covid-19 pandemic. The ideas prioritised reconnecting with people and nature.

Social reconnection after the pandemic is an urgent priority, according to panellist Liis Liivand, 19, who lives in the Estonian capital, Tallinn.

The ideas Liivand presented emerged from a day-long Zoom workshop in June with about 30 other people from all over Estonia to discuss ideas linking urban planning, aesthetics and sustainably to the Covid-19 recovery. She told the conference audience that a community centre to combat loneliness through activities such as gatherings, crafts and games, as well as better care homes – where many outbreaks occurred – are crucial in her country.

‘Community centres are very much needed after isolating for so long and not being able to see friends and even family. We need places and events that will bring people back together. That would definitely speed up the recovery,’ said Liivand, a student in psychology at the University of Tartu.

Participants in her workshop also saw better care homes as a priority. ‘Ageing with integrity is very important,’ she said. ‘Improved care homes would be a place where elderly want to go instead of where they fear to go. A good care home would be accessible to all inhabitants. It would be located in a green area and there would be a community garden which would keep the inhabitants meaningfully engaged.’

Such homes would integrate technological solutions such as voice commands to make life easier. ‘People like to forget that we all grow old and sooner or later may need assistance in our daily lives. If we take care of the older generation right now then we can hope that the next generation will take care of us. It should be a development made by the government but we can all help.’

Dimitar Shingarski, who works for a logistics company, was part of a Bulgarian workshop that came up with a proposal to overcome the lack of space in kindergartens and schools by making use of factories and buildings abandoned after the fall of communism. With surrounding green spaces, these could be used to make more beautiful learning environments for children, according to Shingarski.

‘It is where the kids grow up. Whatever they see and experience every day, it has an impact on how they grow up, on their understanding of the world,’ he told the conference. Greener spaces would also allow children to be more connected with nature.

The pandemic, said Shingarski, also demonstrated the value of outdoors and the need for moving away from packed urban spaces to smaller towns or the city outskirts with cleaner air and greener spaces to improve wellbeing. ‘We cannot continue to live like packets of meat crowded in dirty and big cities,’ he said.

"We need places and events that will bring people back together. That would definitely speed up the recovery."

The workshops from which the ideas emerged are part of the wider New European Bauhaus, a participatory initiative aimed at working with citizens across Europe to shape a better future after the pandemic – and part of a wider plan of building back better. European Commission president Ursula von der Leyen introduced the initiative in her State of the Union address in September 2020.

‘The ambition of the New European Bauhaus is to empower the creation of beautiful, inclusive and sustainable cities (and) forms of living,’ said Xavier Troussard, head of the initiative, speaking at the R&I Days panel. ‘And therefore it's a way to inspire and to concretise the big transformations that are going through Europe and the world. The green transformation; the digital transformation.’

Citizens must be at the core of this project, he said. ‘That's why we didn't start this initiative with the traditional Commission (policy) paper. But we started with an invitation to have a conversation.’

She says the initiative aims to support a bottom-up approach.

The initiative has been collecting ideas from October 2020 and from September 2021 at least five pilot projects will be set up, for which President von der Leyen has promised €25m in seed funding.

What happens now and how these ideas become reality are key questions for Liivand, who would like to be involved in the implementation of both the ideas she presented. Those who will benefit should be involved, she says.

‘Usually the EU has this top-down approach and I think they often get criticised for that – that they don’t really talk to the people that need these things. I think that this (the New European Bauhaus) is a new and cool approach but many of these proposals need to come from the local government, so I don’t know how they can implement these ideas from the EU level,’ said Liivand speaking after the session.

In response, Troussard says that working with local actors will be critical.

‘The challenge is to build a community which connects, support and empowers the actors of the transformation at local level – be they local authorities (or) grassroots organisations of citizen initiatives at neighbourhood level,’ he told Horizon. ‘Next to calling for some emblematic projects, the Commission will put in place different stands of capacity building for local authorities to nurture transformative and regenerative projects in close collaboration with citizens.’