How Russia’s invasion of Ukraine could change European energy generation 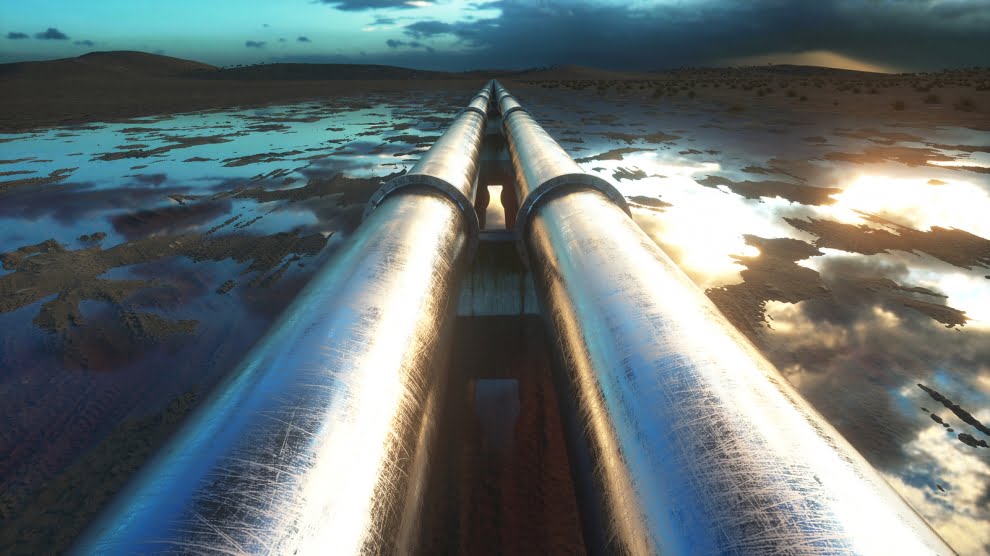 We want to preface this article with the fact that regardless of whatever effect the Russian invasion of Ukraine has on European energy usage or anything else, it is an utterly deplorable, illegal and immoral act that nobody can justify or condone.

We send our love to the people of Ukraine and can only hope that there is some miraculous swift end to their nightmare situation.

Having said that, it's impossible to pretend that the situation in Ukraine will impact only that country.

Even putting aside the obvious environmental issues that come from burning gas and oil plants and pipelines, it is going to have major geopolitical impacts in many ways. One of them is where where European nations get their energy from.

This article by Ellie Martus and Susan Harris Rimmer from Griffith University explains why.

In 2022, we may well see history repeat, as the Russian invasion of Ukraine unfolds.

Why? Major European nations like Germany have turned to Russian gas to fill the gap between coal plants retiring, the move away from nuclear power after the Fukushima disaster, and the point where zero emissions renewables and storage can act as full replacement.

With around 40% of the EU’s gas coming from Russia, the invasion will focus the minds of European leaders on the question of whether they can rely on these supplies. The war in Ukraine comes as much of the world is already reeling from energy chaos, with pandemic disruptions to transport sending energy prices soaring.

To add still more complexity, the invasion comes just days before the Intergovernmental Panel on Climate Change releases a report on regional climate impacts and adaptation, which will underscore efforts to reduce damage from fossil-fuel caused climate change.

So how will this play out?

The export of fossil fuels is central to the Russian economy. The nation of 145 million is one of the world’s largest energy exporters. Russia is the leading exporter of gas, the second largest of crude oil, and third largest coal exporter.

But Russia is well aware of its vulnerability in selling fossil fuels to Europe, which is committed to decarbonisation.

The coal lobby in Russia has been actively seeking to expand its Asian markets for years now, due to the risk to exports posed by European climate driven restrictions.

While Europe remains the largest export market for gas, Russia wants to diversify here too by increasing supplies to China.

In 2019, the Power of Siberia pipeline began transporting gas from Siberia directly to China. Only weeks before the invasion of Ukraine, Russia announced a deal for a new pipeline to China.

We are likely to see Russia’s pivot towards Asia intensify in the current climate.

Will this speed up the shift to renewables?

It was only in January that Germany’s new climate and economy minister announced major new measures to accelerate his nation’s slowing renewable roll-out and power industry with clean energy.

And now? We believe the crisis has the potential to accelerate Europe’s trend toward renewables, as it seeks to reduce its reliance on Russian gas.

We may see increased efforts to shift to interdependent renewable generation, such as the proposed offshore windfarms intended to be shared by multiple European nations.

But this is not guaranteed. In the near term, there is a huge risk that the crisis in Ukraine focuses attention on energy security at the expense of decarbonisation.

We may see a return to coal power. Countries like Germany may even be forced to rethink or delay their nuclear phase out.

Other major fossil fuel exporters such as Australia are already lining up to fill any gaps in European markets.

What does this mean for international climate efforts?

Long regarded a notorious laggard, Russia has not been a willing participant in international climate negotiations.

In the lead up to Glasgow’s COP26 climate conference last year, Russia hinted it might be open to taking a more serious line on climate action. Putin committed the country to carbon neutrality by 2060, and domestic policy developments in recent months suggested a shift was underway.

The war will obviously hinder this. Any potential for greater climate engagement with Russia before the next major climate meeting in Egypt later this year is off the table for the time being.

This is a setback for international climate efforts, given Russia’s role as one of the world’s top five greenhouse gas emitters.

Is other environmental damage likely?

Both traditional and cyber warfare can add substantially to climate emissions and wreak havoc on the environment and on many species. The serious implications for present and future generations were dramatically highlighted this morning with the Russian takeover of Chernobyl.

It is not known what Russia plans to do, but the targeted destruction of nuclear facilities, either as a weapon or an act of defensive deterrence, would likely breach international law.

Wanton environmental destruction is a war crime, on par with targeting of the civilian population and the destruction of cultural heritage. In 2020, the Red Cross issued guidelines for protecting the environment during wartime.

These make the obligations of combatants very clear, though there is a weak history of accountability.

This is a real issue. The founding document of the International Criminal Court notes it is a war crime to intentionally cause “widespread, long-term, and severe damage to the natural environment”, assuming it was clearly excessive relative to the military advantage gained.

Russia signed this document, the Rome statute, in 2000 but never ratified the agreement to become a member. In 2016, Russia announced its withdrawal from the International Criminal Court altogether.

This came after the court ruled Russia’s activity in Crimea following the 2014 annexation of that region amounted to an “ongoing occupation”.

The international community has also come to a historic agreement about the definition of ecocide in 2021, as “unlawful or wanton acts committed with knowledge that there is a substantial likelihood of severe and widespread or long-term damage to the environment being caused by those acts”.

That means it is possible the Russian government may be held to account for environmental as well as humanitarian impacts of its aggression.

This article is a based on an article published by The Conversation under a Creative Commons license. Read the original article.