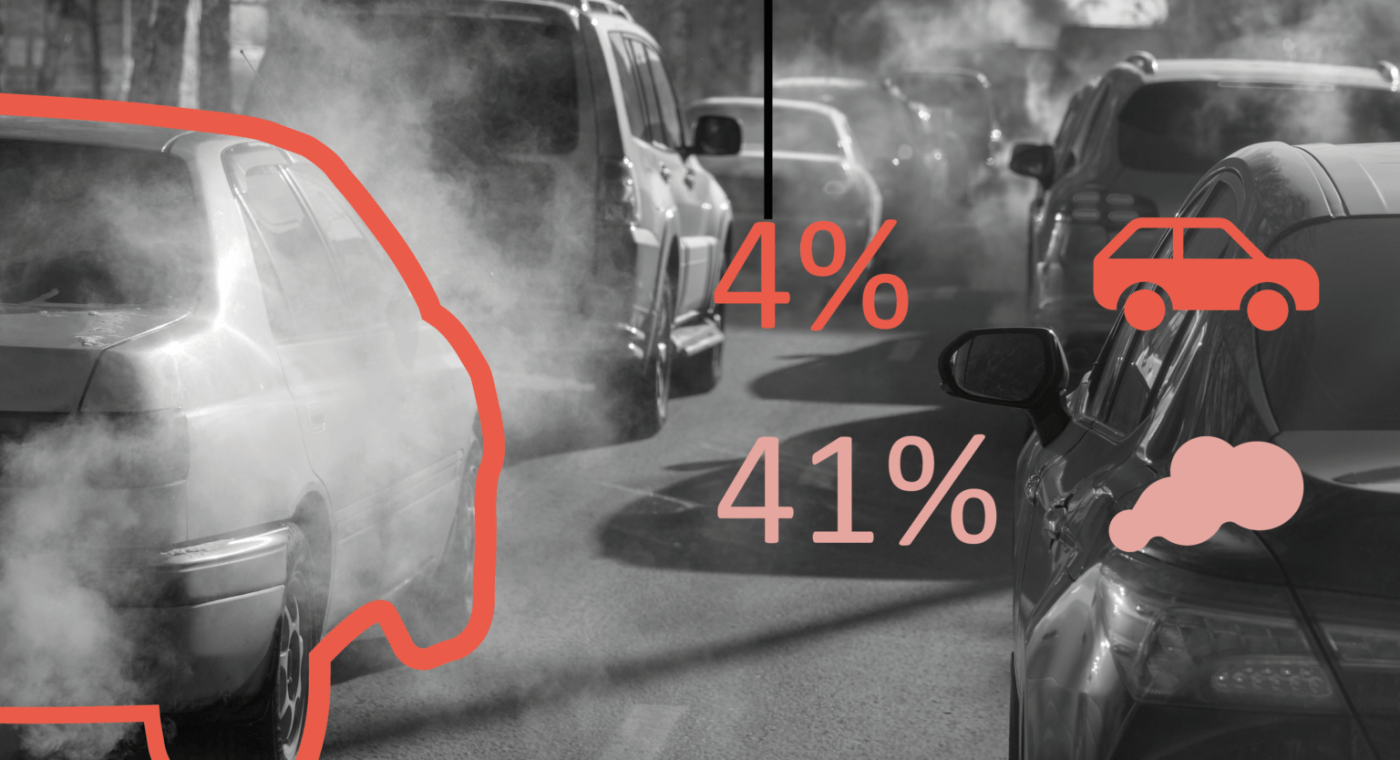 Image courtesy of NEMO
By Eko Diena in
Transport / Travel

Last week was European Mobility Week, the European Commission’s flagship awareness raising campaign on sustainable urban mobility, kicked off on 16 September and ran until the 22nd. Reducing air pollution from vehicles has been an important focus of the campaign since its launch 20 years ago; and despite significant progress, it’s an issue where sustained effort and innovation remain in high demand. A completely new European-based technology is poised to deliver a solution that could bring us one step closer to a zero-pollution Europe.

Looking back on two decades of supporting local initiatives to make cities safer, greener, more inclusive and more accessible, EUROPEANMOBILITYWEEK 2021 highlighted some of the success stories: we’ve witnessed an uptake across European capitals in bicycling, and e-bike sales specifically have increased sixfold in just 10 years; all this while cities across the continent are experimenting with measures to limit car traffic in their centres.

Improving air quality is an important part of making our cities healthier and safer environments, and it’s a challenge we’re still grappling to address. Air pollution remains a major cause of premature death and disease and is the single largest environmental health risk in Europe, responsible for around 400,000 premature deaths per year.

To progress even further and meet the European Commission’s action plan towards zero pollution, which includes a 2030 target to improve air quality to reduce the number of premature deaths caused by air pollution by 55%, more targeted solutions are needed.

While EU and national legislation have made it a priority to cut down on pollution from vehicles, transport remains the main cause of noise and air pollution. A study by Opus RSE and CIEMAT in Madrid showed that, in fact, only a small share of the city’s fleet of cars (about 4%) are responsible for as much as 41% of the total nitrogen oxide and particulate matter pollution from traffic. The vehicles in this 4% minority are called ‘high emitters’, and their identification may hold the key to improving the air quality in our cities.

‘Basically a high-emitting vehicle is simply a vehicle that is emitting much, much more than the rest,’ said Javier Buhigas, Head of Operations and Consultancy at Opus RSE. He clarified that there can be two reasons why a vehicle emits more pollution than others: it could be that the fuel combustion is not working properly, which makes the engine highly inefficient; or perhaps the emission control systems (for example the catalysts or particle filters) are out of order – or possibly a mix of both.

If we look at the distribution of high-emitting vehicles, 20% of them are less than 5 years old – in other words, these are very new cars. The owner or the driver probably doesn’t even know that their vehicle is a high emitter.

Getting to the root of what is causing these ‘malfunctions’ is not always straightforward. ‘The curious thing is that in general as vehicles get older, they are more probable to become high emitters because of natural deterioration,’ remarked Buhigas. ‘But the problem is that if we look at the distribution of high-emitting vehicles, 20% of them are less than 5 years old – in other words, these are very new cars. The owner or the driver probably doesn’t even know that their vehicle is a high emitter. And more importantly, most of these vehicles can be easily repaired.’

This complicates the picture of addressing air pollution in cities, since solutions cannot be limited to ensuring that the fleet of vehicles in a city is a certain age or of a certain type. ‘Machines are not perfect,’ said Buhigas, and it’s not always possible or useful to assign blame for a defect that might be causing a new car to pollute as much as one that’s 20 years old. Moreover, although emissions control has been included in periodical vehicle inspections for quite some years, Buhigas noted that the measurement method isn’t as precise as could be desired. What’s missing is a system that makes it possible to measure the real-driving emissions of the cars that are circulating on our roads.

The NEMO project that Buhigas and Opus RSE are involved in, as part of a consortium of 18 European partners, tackles this problem. It’s developing and testing a completely new remote sensing technology that can measure emissions as well as noise from individual road vehicles (and trains) in real time. The technology can be integrated into existing transport infrastructure and allows local and regional authorities to target high emitters at a fraction of the cost of more manual methods.

The solution will be used mainly by public authorities. They are the natural end user because public authorities, especially in densely populated cities, are the ones who are responsible for keeping emissions at reasonable levels.

‘The solution will be used mainly by public authorities,’ said Buhigas. ‘They are the natural end user because public authorities, especially in densely populated cities, are the ones who are responsible for keeping emissions at reasonable levels.’

When a high-emitting vehicle has been detected, NEMO’s communication system, which is also being developed within the project, will automatically identify the vehicle by reading its licence plate and send an alert to the competent authority. ‘There is a whole platform and digital system built around this, especially designed for public authorities,’ stated Buhigas.

Based on the alert the authorities receive from the NEMO system, they can perform a targeted action. In Madrid, for example, the emissions of the city’s cars and vans were monitored for more than 2 years, covering 30 locations and more than 1 million vehicles. This helped to define some of the on-road high emission limits and to categorise the real-world emissions of different groups of vehicles for scientific as well as policymaking purposes. One major success was having a local air quality regulation approved in Madrid that empowers local police officers to identify high-emitting vehicles and request the driver to send their car for reinspection.

Measuring is the key to successful policymaking

Although the technology the NEMO project is developing is cutting-edge at several levels, the mantra that it’s built on is pretty elementary: ‘Basically, what is not measured cannot be improved,’ explained Buhigas. In other words, the first step to reducing air pollution is to measure the sources of emissions and identify where the biggest problems lie. While knowing that up to 80% of pollution in a city comes from transport is helpful, discovering that a minority of high emitters are responsible for up to 60% of pollution is potentially ground-breaking, because it lays bare a very concrete area for targeted policy action. ‘Unless you start measuring, it is very, very complicated to implement efficient policies,’ said Buhigas. ‘That is the pillar of the NEMO project. And from that we are developing solutions.’

Unless you start measuring, it is very, very complicated to implement efficient policies.

In addition to the very hands-on application of the NEMO technology, as described in the Madrid example, the project is also developing a methodology for using remote sensing data to complement traffic modelling and air dispersion modelling (the simulation of how air pollutants disperse in the atmosphere). This is so that cities can calculate the cause and effect between emissions and their externalities (that is, the negative effect of transport, such as pollution, consequences for health, etc.). These models can then be used to design better policies.

‘If you have some modelling that projects your real-world emissions to health impacts, you can play with these scenarios,’ said Buhigas. ‘For example, you can ask: What happens if in my city I deny access of high emitters to the city centre - what is the impact of that?’ Using the methodology and modelling NEMO is developing, a city can estimate how big a reduction in pollution the policy action will bring about, as well as the related reduction of air pollution-related deaths, the expected increase in the electrification of a city’s vehicle fleet, and much more. Cities can also use the models to create ‘sensitive areas’ for hospitals and schools, for example, where the access of certain types of vehicles is limited.

What about the climate?

Air pollution and climate change are intertwined, and while there is an important difference between carbon dioxide (CO2) emissions and air pollution, several air pollutants also act as climate forcers with potential impact on climate and global warming in the short term.

‘CO2 is a gas that has no effect on health, but it accelerates global warming,’ said Buhigas, ‘and CO2 emissions are directly linked to the fuel consumption of the vehicle. The more fuel is burned, the more CO2 is emitted; it’s a perfect linear link.’

Nevertheless, as greenhouse gases such as CO2 and air pollutants share the same main emission sources, potential benefits can arise from efforts to limit emissions of one or the other. This is also exemplified by the NEMO project.

Since the internal combustion engines of modern cars are already very efficient, ‘the most important way to reduce CO2 emissions is to boost the adoption of hybrids and electrics,’ Buhigas explained. In the context of the NEMO project, the identification of high-emitting vehicles can be leveraged to encourage both citizens and policymakers to consider the benefits of hybrid or fully electric transport forms. NEMO’s modelling solutions and real-time on-road measurements can in this way help accelerate the renewal of a city’s fleet which is one of the critical points we need at large scale to reduce CO2 emissions and ultimately improve the quality of life in our cities.

This article by Cecilie Jensen is republished under a Creative Commons license from Horizon, the EU Research and Innovation magazine.