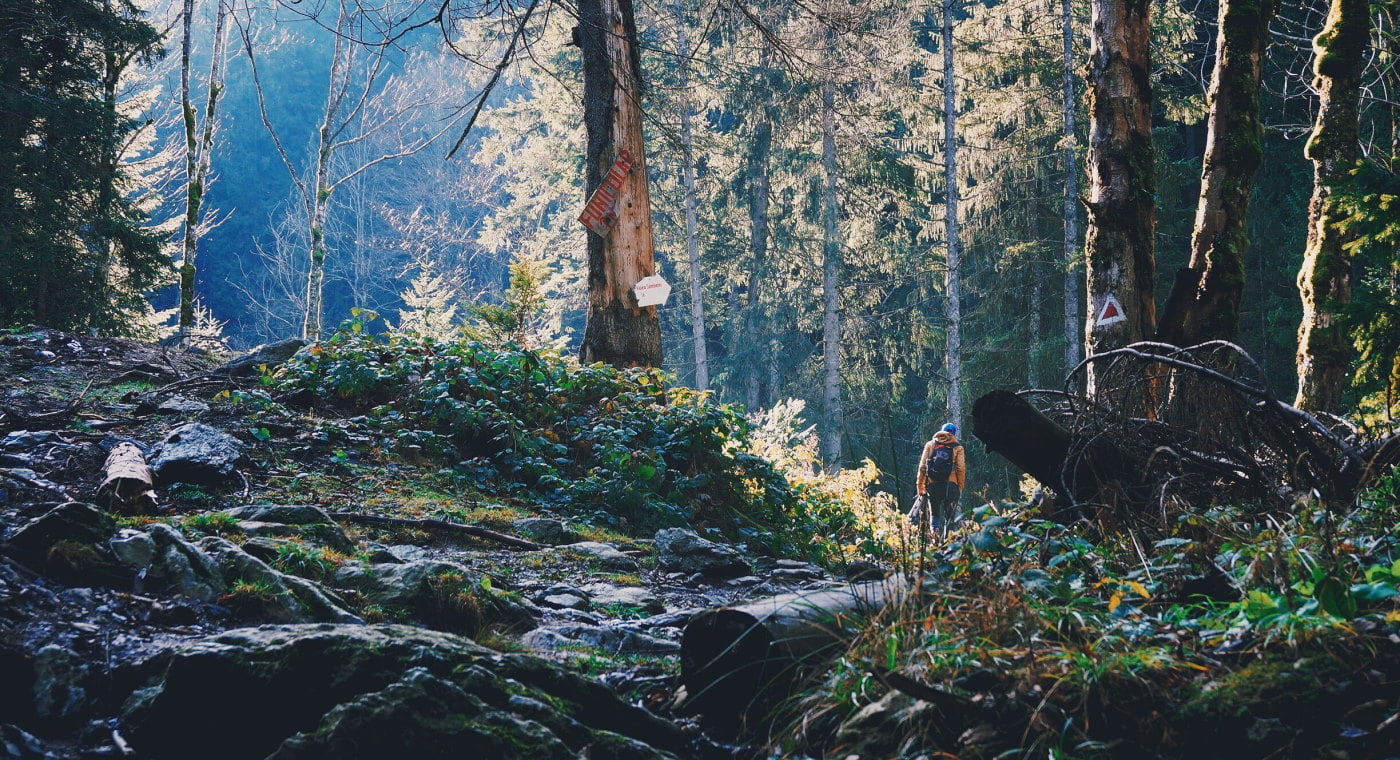 Photo by Podu Stricat on Unsplash
By Eko Diena in
Nature

Romanian forests, the heartland of biodiversity in Europe, are disappearing at an alarming rate due to illegal logging which state institutions, weakened by decades of corruption, have been unable to curb despite mounting pressure from the European Union.

Romania contains roughly two thirds of Europe’s old temperate forests, most of which has been designated part of Natura 2000, a network of protected areas covering Europe’s most valuable and threatened habitats helmed by the European Commission. Despite this, half of all timber logged in Romania is illegal, a figure amounting to 20 million cubic meters of wood a year, much of it coming from old-growth forests composed of young and old trees that are vital for the preservation of biodiversity in the region.

Romanian environmental authorities say they are only able to apprehend 1% of illegal logging activity, allowing 99% of illegal timber to find its way into global supply chains. Most of it will end up as cheap, mass-produced furniture. How did we get here? And why is the government powerless to do anything about it?

Under the communist regime, Romania’s woodlands came under the control of the state, which viewed them as an economic resource to be scientifically managed and rationally exploited. Overseen by agronomists and environmental engineers, and enforced by authorities through a “fences-and-fines” system, this highly controlled system of rational forest management succeeded in preserving large swathes of old-growth forest.

With the fall of communism, the Romanian government undertook a restitution program for nationalized land through which huge portions of the country’s forests were privatized. Many of these privately-owned lands were subsequently bought up by logging companies, resulting in large-scale deforestation that continues unabated today.

The biggest player in Romania’s forestry business is Romsilva, a state-owned company established in 1990 that controls 48 percent of the country’s woodlands. It not only metes out logging and hunting concessions, it is also tasked with administering forest conservation. The blatant conflict of interest is exacerbated by a culture of rampant corruption at Romsilva, under whose watch the so-called “Timber Mafia” flourished and now yields tremendous power.

Many believe these gangs are colluding with the Romanian authorities, who turn a blind eye when loggers take wood from protected areas or exceed harvest quotas. They believe Romsilva is nothing more than a political cash cow, where funds from illegal logging are funneled upwards to finance the activities of corrupt politicians who, in turn, can directly influence appointments to the company, as one anonymous forest ranger informed Aljazeera’s People and Power.

But speaking out has its risks, as many former Romsilva employees can attest to. “If you are a decent forester within the system and you are young and enthusiastic and you want to do right, the system will not allow you. They will either teach you how to shut your mouth and look away or how to steal. But if you want to fight the system – they will eliminate you,” Gabriel Paun, founder of the Romanian NGO, Agent Green, told Aljazeera. In recent years, six rangers have lost their lives protecting the forests, while several more have been attacked.

Legal But Unsustainable – The Role of Ikea

After felling, timber is transported to log yards where much of the wood from protected areas  is laundered by mixing them with legal harvests. This is why it is impossible for companies like Ikea, who are hugely dependent on Romanian timber, to claim that all their wood is legally sourced, despite efforts to clean up their supply chains by cutting ties with illegal loggers and questionable sawmills. Ikea is the largest consumer of timber in the world. It reportedly harvests a tree every second and consumes 2 million more trees with every year that passes.

Just because wood is legally sourced does not mean that it is done in a sustainable way. Ikea’s sister company, Ingka Investments, is the biggest owner of private forest lands in Romania. Their logging activities in the old-growth forest of Penteleu, a Natura 2000 designated site, is causing massive soil erosion and river sedimentation that are detrimental to the wider ecosystem of the Carpathians, a wooded mountain range spanning seven countries.

Given its ecological impact on the rest of the continent, the EU is growing impatient with Romania’s inability to clamp down on illegal logging. Last year it opened infringement proceedings against the government, the final step before the case goes to the Court of Justice where they could face financial sanctions.

Meanwhile the EU’s Forestry Strategy under the Fit for 55 package of sweeping reforms has introduced an EU-wide monitoring framework. It’s clear, however, that the  effectiveness of such a policy will depend on access to real-time, cross-referenceable data from the ground, and thus, on each country’s ability to deliver valuable and credible information. Already, the Romanian government has expressed doubts. As the largest holder of forest land, it argues that they will end up shouldering a bigger share of the monitoring and protection duties and has raised concerns over funding.

From the perspective of forest conservation, the Fit for 55 package is underwhelming as it prioritizes expensive replanting programs over the preservation of existing trees. But as long as the demand for Romanian timber continues to grow exponentially, fuelled by the mass-consumption of cheap furniture, replanting will likely remain the dominant forestry strategy in Europe, leaving old-growth forests to disappear, and with it, the abundance of life it helps sustain –  including our own.

This article by Clara Aseniero is republished under a Creative Commons license from Impakter - You can find the original article here.