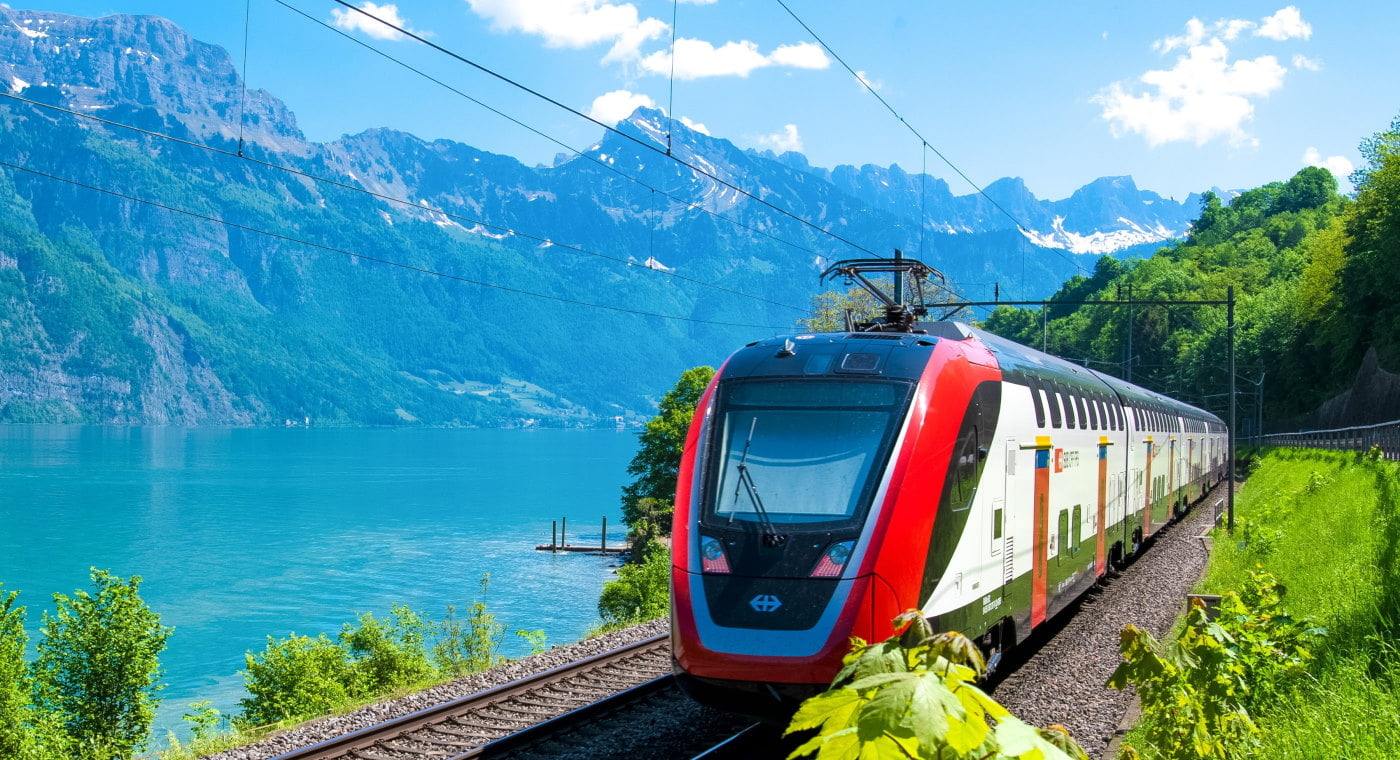 Photo from Piqsels
By Eko Diena in
Transport / Travel

Half a year ago, we wrote about how the French parliament had voted to ban short haul flights within the country where there was a fast train alternative. We had hoped that it might set an example for Europe as a whole and we might see more such restrictions, but it seems that so far at least that hasn't really happened.

Greenpeace has been calling for a ban on short-haul flights where there is a train alternative under six hours, as well as for measures to make both daytime and night trains across the continent more accessible for all. Today they have published some new research commissioned by Greenpeace EU and conucted by OBC Transeuropa (OBCT) which shows that one third of the busiest short flights in Europe have train alternatives that could actually make trips easier.

Greenpeace EU climate and energy campaigner Lorelei Limousin said: “The aviation industry is one of the most climate-damaging and unjust industries on earth. Instead of continuing to back major polluters like airlines and airports, public money should be going towards more climate-friendly and efficient alternatives like trains. Our analysis shows that one-third of short haul flights have train alternatives under six hours in the EU. European policy-makers and countries should ban short-haul flights wherever a viable alternative already exists and invest in rail to create a European transport system that’s good for the planet while also being affordable and accessible to all.”

Some of the key findings of the study were that:

Despite the fact that this is the European Year of Rail, the reality is that since 2019, travelling across borders by train in Europe has actually become more difficult. In countries like Spain, Portugal, France and Italy, night trains were cancelled, though service has improved on several international routes like Brussels-Vienna, Stockholm-Berlin and Amsterdam-Munich.

62% of Europeans support a ban on short-haul flights, according to a survey conducted by the European Investment Bank (EIB), and a large majority of people in Germany (63%), France (72%), Poland (73%), Spain (80%) and the Netherlands (65%) want to take more night trains, at reasonable costs.

Alongside the new research, Greenpeace published an interactive map of Europe where anyone can add the train routes they would like to see created or improved.

The NGO has calculated that just banning the EU’s busiest short-haul flights and shifting to rail  wherever a train connection under six hours already exists would save 3.5 million tons of CO2e per year. If countries add new daytime and night train connections and services, better wagons and tracks, improve accessibility for all and make tickets cheaper, Europe could replace almost all of the top 250 short-haul flights and save some 23.4 million tons of CO2e per year, as much as the annual CO2 emissions of Croatia.

In recent decades, aviation has been the fastest-growing source of greenhouse gas emissions (GHG) in Europe (+29% between 2009 and 2019 in the EU) and the industry estimates it will reach pre-COVID air traffic levels by 2024, doubling air traffic globally by 2037.

It's difficult to argue that planes are the most efficient way to cover huge distances, they aren't always the best way to cover shorter ones, and flights under 1,500 km are responsible for 25% of European aviation’s CO2 emissions. Although long-haul flights account for the biggest chunk of aviation emissions, many short-haul flights could already be replaced by trains, leading to immediate CO2 emission reductions. The Madrid-Barcelona flight for instance is one of the busiest flights in Europe and the busiest in Spain. Yet flying this route emits up to nine times more CO2e than taking a train, which covers the distance in 2.5 hours, faster than the time the overall plane journey takes.

As part of the Smart and Sustainable Mobility Strategy, the European Commission committed to make collective travel under 500 km “carbon neutral”. Yet the threshold does not apply to many short-haul flights that can be done by train under six hours and the Commission’s proposal falls short on binding measures that will reduce air travel and shift passengers to trains in the short term.

As part of the Year of Rail, the European Commission is expected to adopt an action plan on cross border and long distance rail by the end of 2021. Let's hope that it is one that actually makes the most sustainable method of travel across the EU more efficient, accessible and affordable for all.